I was in Provincetown, Mass on Cape Cod last weekend, for the first time since I sailed there on a boat with kids. I was excited to do all the things that looked fun the first time around, but that I hadn't been able to partake in. Namely, drinking.

On my first visit, fresh off the boat, we see an underground bar called the Foc'sle. Being boat nerds, we were so excited to come back and try it. So when I found a gallery called the Foc'sle in P'town this time around, I thought I'd ask the guy about the bar. (OK, and oddly enough, this Foc'sle gallery is owned by the Rogues Gallery guy. Small world!) 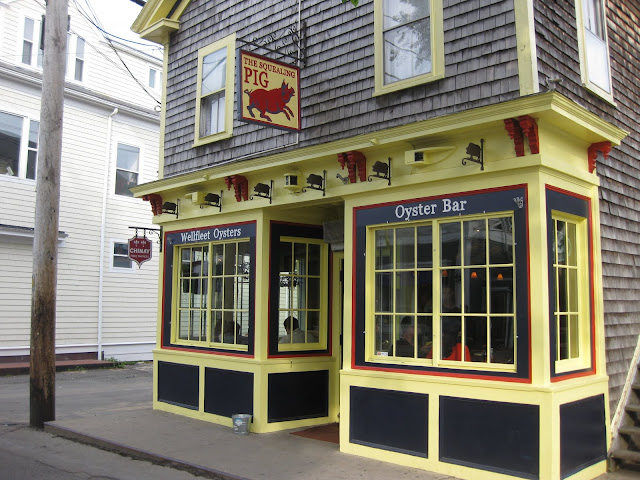 He pointed me to the Squealing Pig and told me some confusing story about owners and signs and this place. I was slightly confused, but the takeaway message was go drink beer and eat oysters there. I'd already scoped this place as some place I'd like to hang out. Oysters? Belgian beer? I'm there. 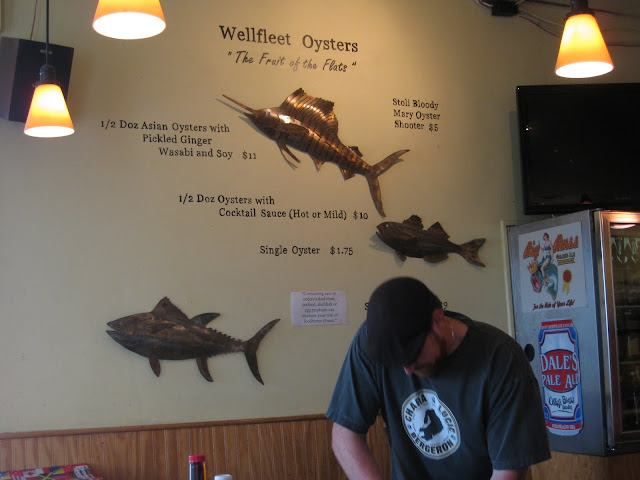 So we stopped in for a happy hour bite (before returning later for the Stanley Cup game 6 and 'Gansetts). My mom, my friend A. and I ordered up pints, a dozen Wellfleet oysters and a bowl of fries dusted with Parm and truffle oil.

Is there anything better than those three things in a nice bar with the people you love? I think not. 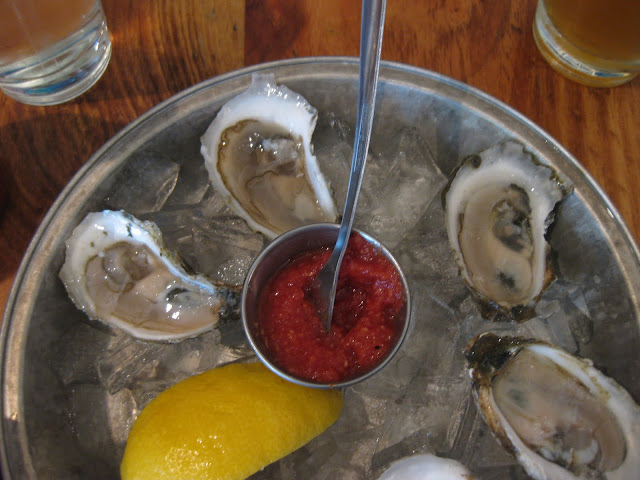 Our first half dozen of local Wellfleets was served with cocktail sauce with lots of fresh horseradish. The next half dozen, we got with wasabi, ginger, and soy sauce. The second batch of toppings was amazing, complimenting the oysters, rather than overwhelming them like cocktail sauce tends to do. 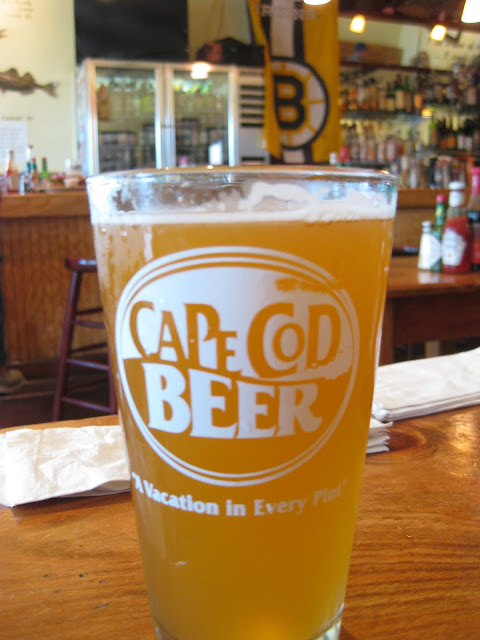 I was so tempted to put this pint glass in my purse, but was a good girl and did not (it has the Squealing Pig logo on the other side).

This is the summer brew, a hefeweizen from Cape Cod Beer in Hyannis. I'm really starting to get into hefes, and this one is a great summer seasonal. For me, summer beers can taste too filtered and devoid of taste. But this one was rich, yet light, and full of hefeweizen flavors.

This place would fit right in in Portland, but since Ptown has a little more eccentric bent, it seemed like a rarity to me. I was so happy to have found it (and just two blocks from our place on Commercial Street!), and was totally won over.

"Never try to teach a pig to sing. It wastes your time and annoys the pig."