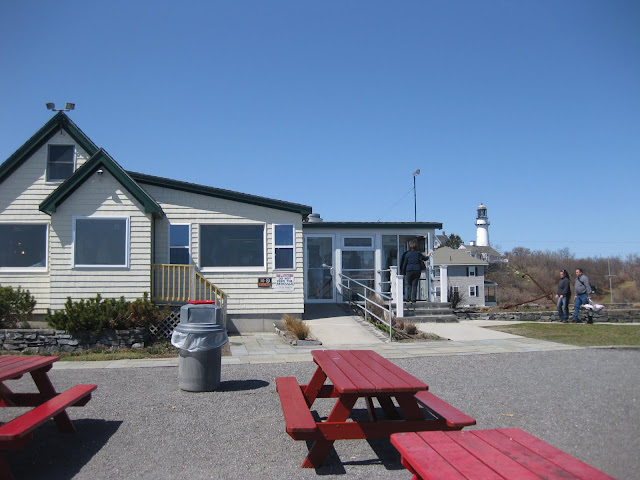 The Two Lights Lobster Shack in Cape Elizabeth is open for the season!  That must mean that warmer weather is approaching.  You wouldn't know it from the weather forecast (uh, does 51 degrees count as warm?), but I'm all for signs of summer. 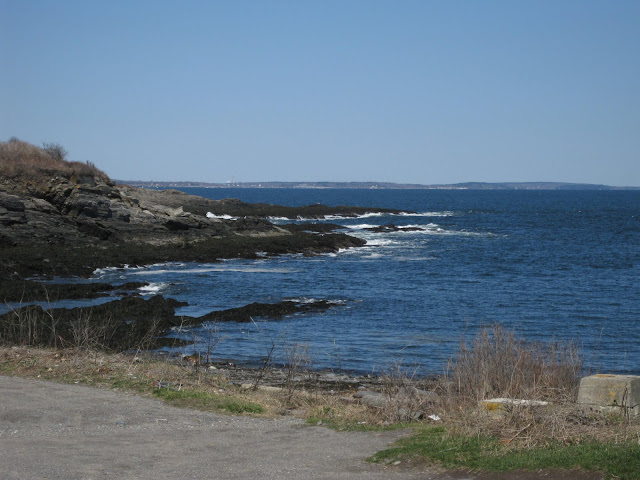 Two Lights sits on the Cape, which sticks waaaay out into the Atlantic Ocean (well, compared to Portland), so the view is very dramatic.  Crashing waves, wheeling gulls, lighthouses, all that.

The decor inside the shack is pretty dramatic too—old wooden tools and bridle bits.  Lots to look at while you wait for your food. 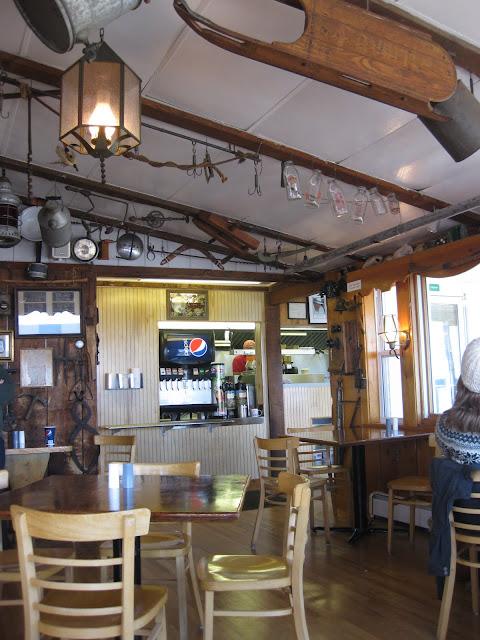 So you order at the counter from a pretty standard menu: sandwiches (including PB&J- but, why??), salads, "boats" (or platters), soups, and sides.  While the call of fried shrimp is always heard, this time I went for the big guns: the lobster roll. 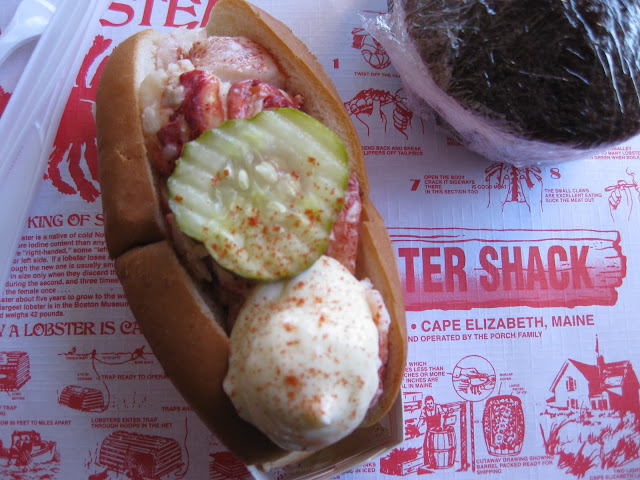 (And a whoopie pie, of course.)  The lobster roll here is served as all traditional ones are: on a buttered, toasted, split-top bun.  It's stuffed with lobster tail, claw, and knuckle meat, and topped with a pickle, a glob of mayonnaise, and a dusting of cayenne.  Under all the meat, there are a few iceberg lettuce shreds lurking.

After I awkwardly spread my mayonnaise around, attempting to evenly distribute it (futile), the roll disappeared pretty fast.  Lobster rolls are great because they're a nice blend of cool lobster meat, and the buttered toasted bun.  A little crunch from the lettuce and the crispy bun provides nice texture contrast, but it's all about the lobster.

If I'd made this roll at home, I'd have chopped the lobster up smaller, since I don't like to drag the contents of my sandwich out with a bite.  But some people might like the bigger pieces of lobster.  I found it, again, awkward.

Next time, I'm sure I'll heed the call of the fried shrimp, and I'm certainly looking forward to being able to eat outside, despite seagulls competing for my food. 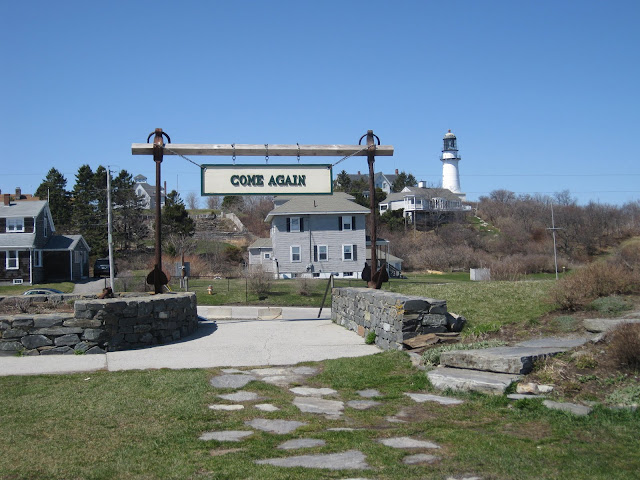 Oh, don't you worry, Two Lights Lobster Shack, I sure will "Come Again."