The third installment of Portland burger reviews brought me to a classic in the heart of the Old Port: Gritty McDuff's brew pub. Our topic this month was pub burgers; see the Portland Food Map round-up for more reviews.

I've grown to love Gritty's in my three years here in Maine. It's just busy enough to make you feel like you're hanging out where the cool kids are, but not too busy that you can't find a seat. The food is good, standard pub fare, the house made beer is good- it's a nice place to catch the Jerks of Grass and share a pitcher with friends.

It's also the home of Wednesday night burger specials ($5.99, regularly $8.75), and it's a pretty decent burger at that. 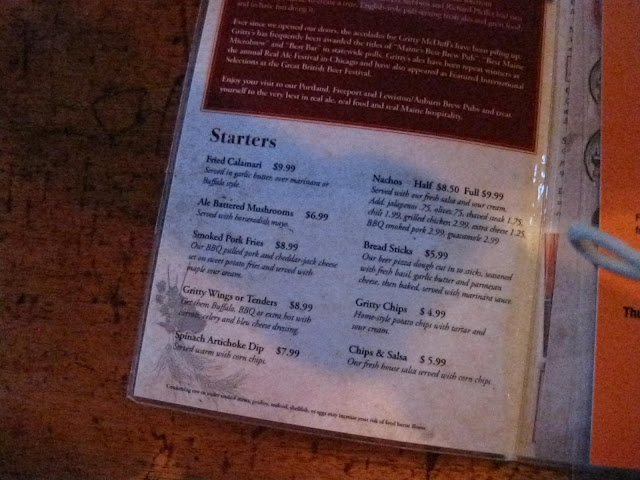 This most recent dining experience was in Freeport, a more family oriented Gritty's location (in that it was crawling with children when we arrived). The menu is similar, with some different additions, such as these summer squash fries we started with. They were on the salty side, but paired with some spicy mayonnaise, they were a good way to temper our hunger. 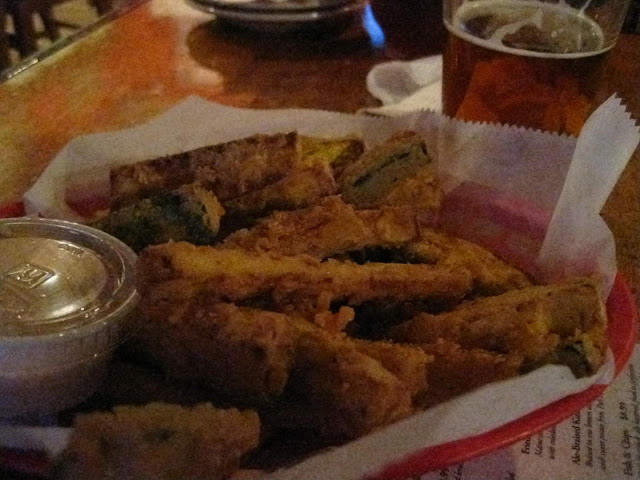 My burger came cooked the rare/medium rare I requested, after some difficulty. I discovered in the Portland location that there is actually a rare/medium rare button. This time around, I asked for the rare/mid-rare split, but experienced some push back from our server. He wanted me to pick one. Oddly, he said if I asked for it in between, the likelihood increased of the kitchen getting it wrong. 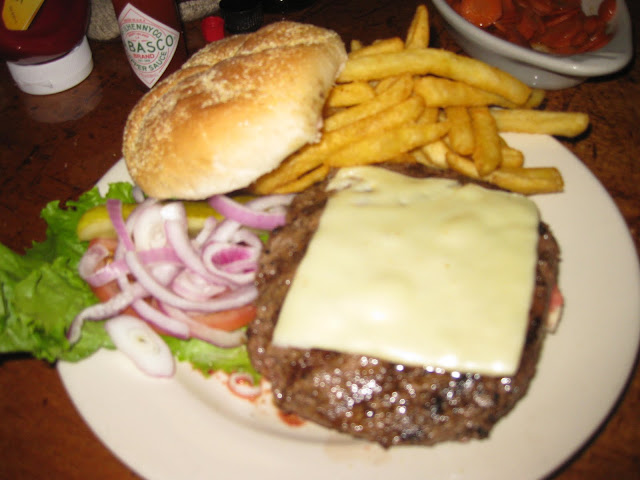 Whatever. I just don't want an overcooked burger. And sometimes that's a struggle in Portland bars. Overcooked meat really bums me out. Fortunately, this was not one of those times. Even though the bartender forced me to pick one or the other, he used the split button and I got a perfectly cooked burger. 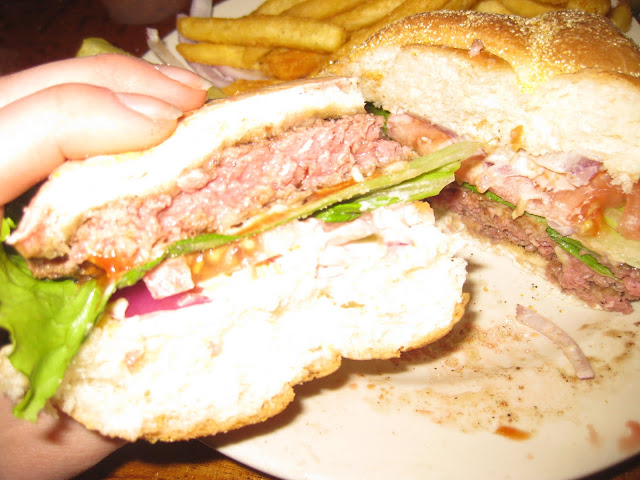 I must rave about their fries. They're totally from a freezer bag, but they are my favorite kind of bar fry. The kind that's good even when they're cold. They really do it for me in a trashy food kind of way. The fries here are crispy, salty, and full of potatoey-goodness.

My only gripe about their burger is that it comes with lettuce and tomato, while anything else is considered an extra (read: $.75 upcharge)- including raw onion. So this can be an expensive endeavor if you want a bacon cheeseburger plus onion.

Next Wednesday night: you, Gritty's burger special. Do it. You won't regret it. You may not come away thinking that it was the best gourmet burger you've ever had. But assuming they don't overcook it (and they've been pretty consistent in my experience), you'll get a great meal for under $20- that includes your beer too, of course.