I did something and didn't tell you about it. *gasp* I know- in a world of TMI, you're thinking, thank God. Someone keep their mouth shut about something.

But sometimes I need a meal off. Like, I just want to go to a bar and eat a burger without taking pictures. Or notes. Or thinking about it. (Too bad, shouldn't have participated in the Burger-o-rama!)

Then there's those times where I start something, don't document it, but then want to share it with you. Fortunately for me, the sauerkraut I started is still around, bubbling on the kitchen counter. 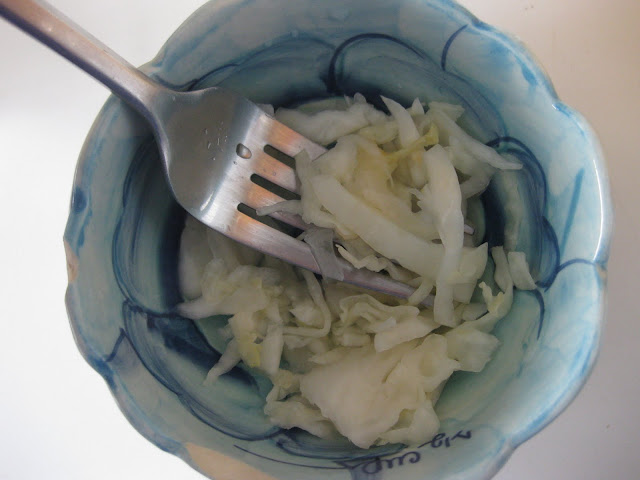 It all started when M and I's friend Matt visited from Haiti. (He's been working there building schools for a year. He has to leave periodically to renew his visa and let his various aliments heal. And he comes to visit us and we have weekends full of debauchery and eat all of his favorite foods.)

Matt loves all things fermented (drinking, eating, and making). Before I took the Master Food Preserver course, I ate some fermented pickled beets that Matt had made. They were smoking. Not like, smokin' but like, literally.smoking. I don't know that I would have tried them knowing what I know now! (He still insists they were perfectly safe.) 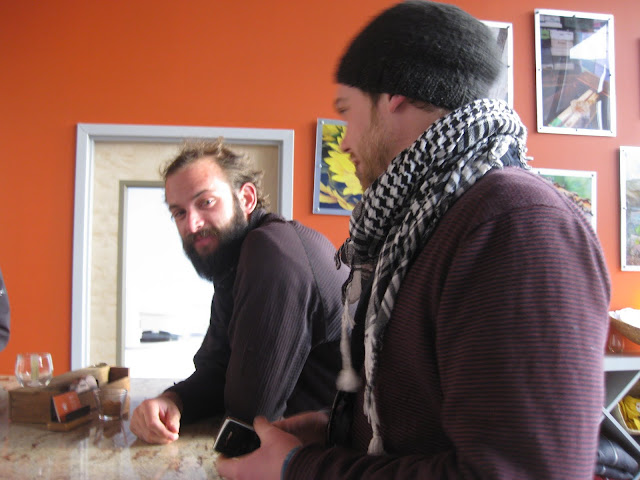 Most recently when Matt visited, we went and toured the Maine Mead Works facility, watched some mead violently fermenting, and inspired by all the talk of DIY fermentation, I started some sauerkraut. 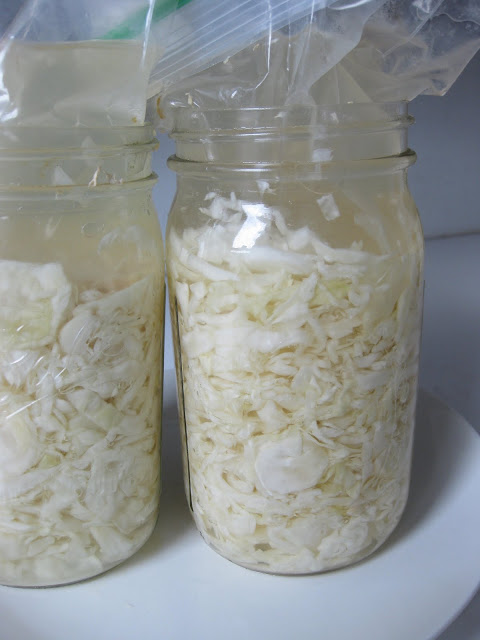 I had two small to medium sized heads of green cabbage in my crisper from my winter CSA share. I shredded them using my awesome new mandolin slicer and made a brine of 1.5 tablespoons of salt to 1 quart of water.

Usually, you salt the cabbage as you slice it, but I thought that since the cabbage was (shamefully) old, that it probably did not have a lot of moisture to draw out of it. So I just skipped that part and created my own brine.

I packed the kraut into washed quart jars and weighted down the cabbage below the brine with plastic bags full of brine. I used brine instead of water, so that if the bag were to puncture and leak, it wouldn't dilute the salinity of the kraut brine. 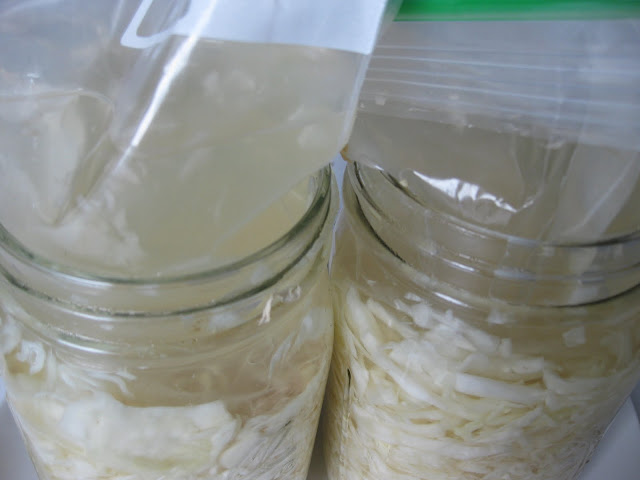 And that's it! I left it to ferment on my kitchen counter- that way I can check on it every day. And after two weeks, it's definitely kraut-y, but the cabbage is still very crunchy. So I'm going to let it sit for a little longer before transferring it to the fridge.

Also inspired by Matt's visit, was my purchase of the book, Wild Fermentation by Sandor Ellix Katz. It's an awesome book that details how fermentation works, and then the process for making your own fermented veggies, yogurt, Kombucha, beer, wine, and on and on. Stuff I've never even heard of. 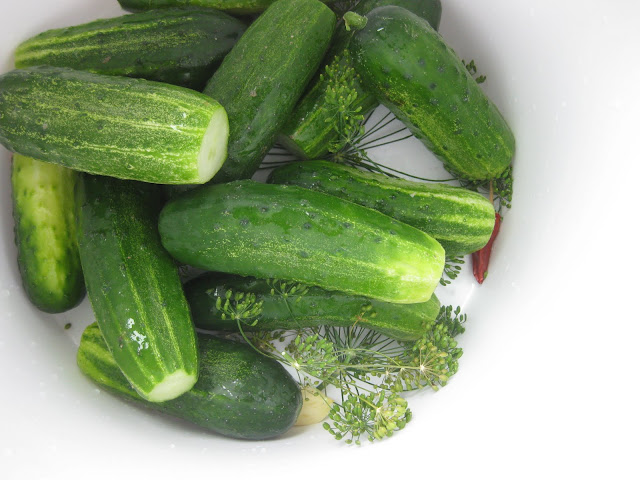 And someone asked how my fermented pickles went from last summer. I didn't tell you that the end result was gross. They ended up in my friend's compost. I have no idea what went wrong, but I read in Wild Fermentation that any number of things could have happened. But after a few weeks, they tasted terrible. Like awful sea water. Sad. I'll try again when the cukes are back!

And I'll be sure to take lots of pictures for you. :)