I've been craving fried rice this week, but didn't have all the essentials. I was slowly gathering all the ingredients, like a little fried rice scavenger hunt. I made some rice and let it dry out in my fridge. I already had onions, carrots, garlic, ginger, and green onions, but I wanted to include some peas and bacon.

When I woke up Saturday morning, I thought, today is the day. Fried rice is in the cards, and sooner rather than later. Like for breakfast. So I schlepped over to the Farmer's Market (at the ungodly hour of 8:30am), and lo and behold... the first fresh peas of the season. It's like it was meant to be. Some local bacon, and I was good to go. 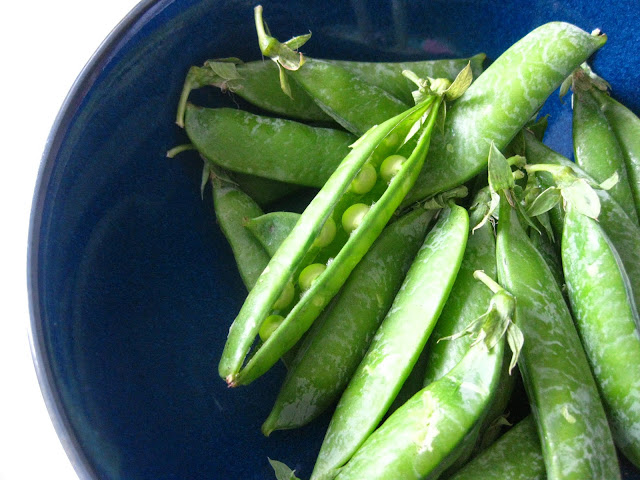 To start, I sauteed two strips of diced bacon until the fat was rendered (or softening). Then I added some diced chicken breasts and cooked until both meats were browned and the bacon was crispy.

I removed the meat to cook the veggies (onions, peas, and carrots). The carrots were canned, so didn't need any cooking other than to reheat, so I started with the onions. I sauteed them in the leftover bacon fat until they were soft, then added the peas and diced carrots. You can use any vegetables you have, just add them to the pan earlier if they need more cooking (like raw carrots would).

After my veg was cooked and heated through, I added some diced garlic and grated ginger. I removed the whole mess and put it in a bowl with the meat. 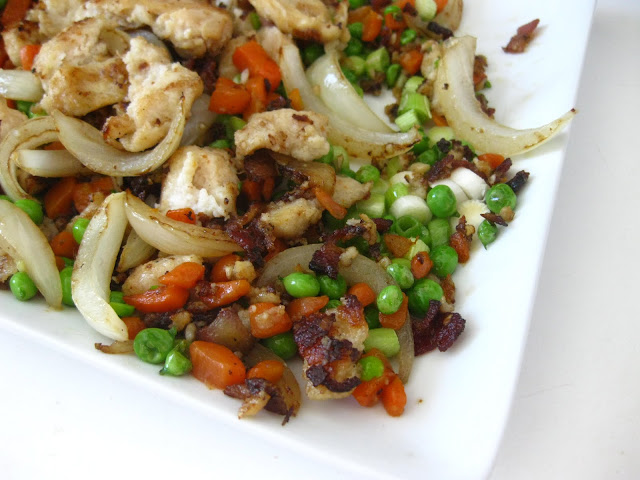 I turned the heat under my pan up to high and added two tablespoons of olive oil (you can use canola/vegetable oil too). Then I added the leftover rice and spread it around in the pan and broke up any chunks. 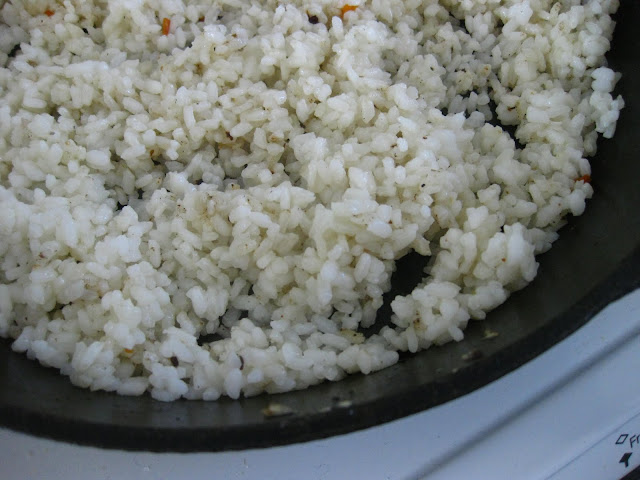 Once the rice was fried, crispy and golden in some spots (about 3-5 minutes), I made a well in the middle and added one scrambled egg. Scramble the egg in the middle of the rice and then stir into rice to incorporate it.

Now you're ready to mix your meat and veggies in with your rice and eggs, garnish and serve! I added soy sauce, fresh squeezed lemon, chicken chili sauce and green onions as a garnish. And it was SO GOOD. Craving fulfilled. I love the little crunch of peas and crispy bacon in with all the hot rice. 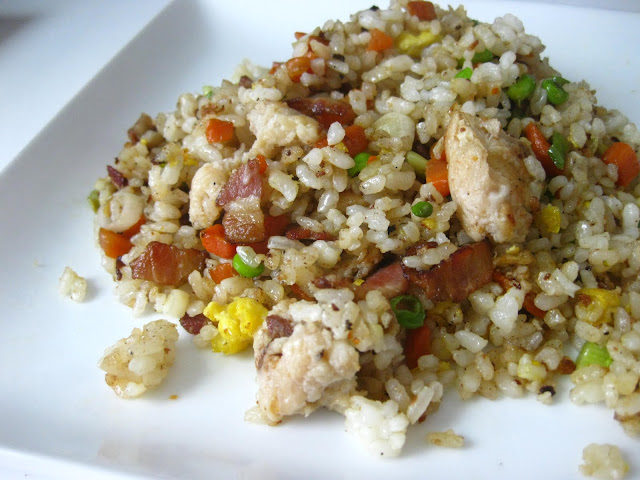