I saw these reproductions of World War II posters at the Patriot Point Naval & Maritime Museum in Charleston, SC (one of the few things in that stupid museum that I found interesting. Naval history after 1900: not my thing). 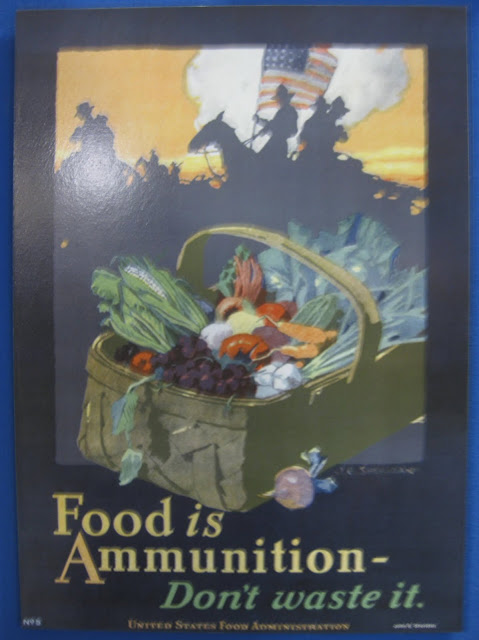 Anyway, they made me think of the contrast between our country at war then and now. Does our country fight wars in ways that no longer make rationing necessary? Or are we just spoiled, non-sacrificing big babies? (OK, I guess there could be a third option...)

Rationing prevented the inflation of costs of goods, which then would allow only the wealthy to have access to certian items (such as sugar!). If the goverment instituted rationing today, would people squwak about socialism and limiting the natural market forces? How ironic then that rationing has gone from a tactic to combat communism to a supposed symptom of it... 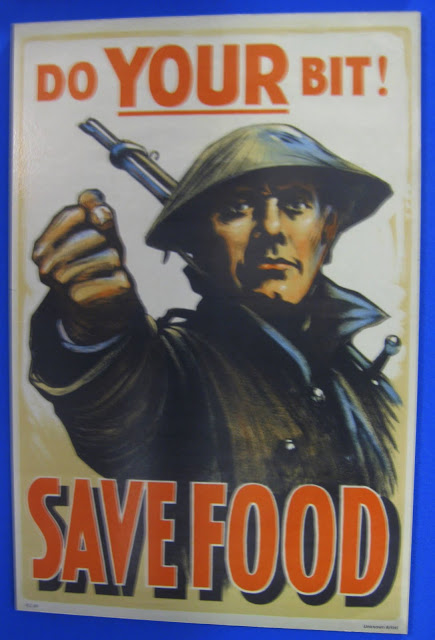 Food and its production has always been entangled with patriotism in different ways throughout American history. While seventy years may be a short while in a country's history, why are we now having to revisit the same issues? Why is our nation's collective attention span so short?

Resilance and self-reliance have always been a part of our nation's character, as especially demonstrated by Mainers. While it's unfortunate that it takes something as dramatic as a war to do it, I am glad to revisit the ideas of victory gardens and home canning as ways to help yourself and your country. Imma go can something- it's my patriotic duty.