There was a lot of yelling in my kitchen the night my roommates and I decided to go all out and make homemade marshmallows and graham crackers. 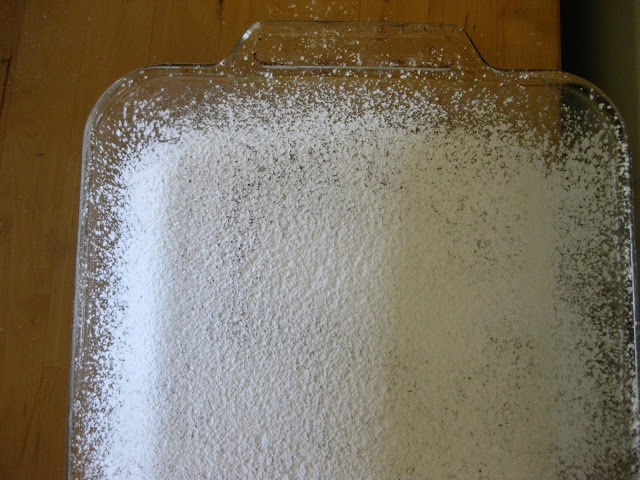 It all started out so innocently, with a perfectly sugared pan... 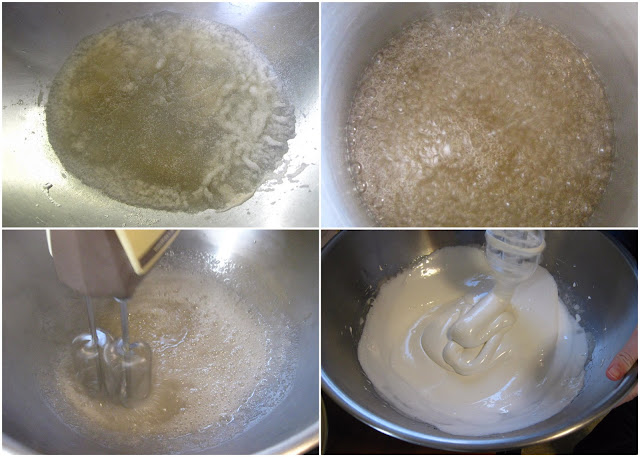 I guess it was a few seconds after I took the shot in the lower right corner that the yelling began. A. was really concerned that the marshmallow mixture was creeping up the beaters, like some sort of Creature from the Black Lagoon (or like a white, delicious lagoon). I didn't really see the urgency, but it turns out she was right, because when she went to use the hand mixer last night, it just made a pathetic little whizzing noise. Sorry, mixer. 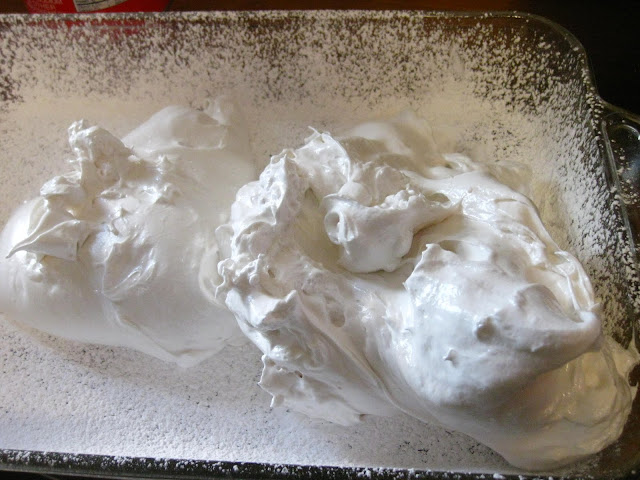 With the marshmallow mixture sufficiently taking on a life of it's own, we decided it probably didn't need any more encouragement. We wrestled it into the pan (again more yelling), attempted to shape it into something pleasing to the eye, and put it in the fridge. If you head on over to check out Smitten Kitchen's experience with this recipe, you'll see her's looks a lot different than our's at this point. 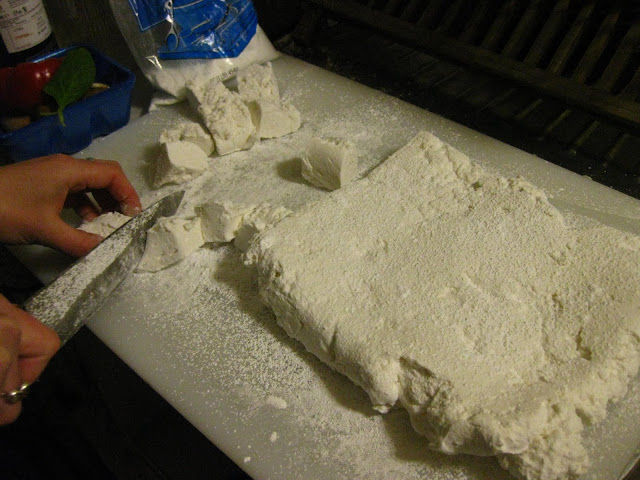 When it came out of the fridge, there was more yelling, but this time it was exciting yelling. Again with the, we're-really-excited-because-it-looks-like-what-it's-supposed-to-look-like. 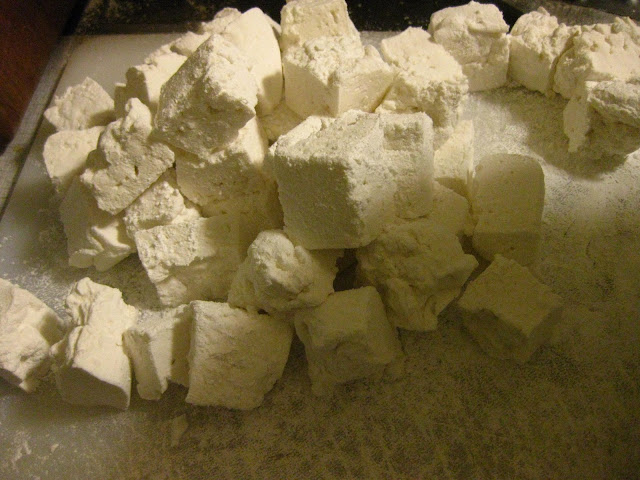 Right about now, I'm thinking, what the H am I going to do with all these marshmallows? While that may not be a problem in your house, I am really good at making a lot of dessert and then losing interest in it and not eating it all. 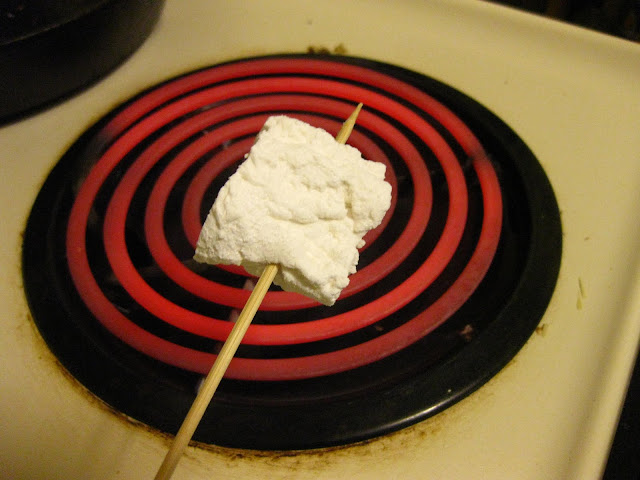 For some reason these mallows went from solid to gooey, hot napalm in like .02 seconds. You're like, grilling, grilling, grilling, OH GOD, why is it sliding off my skewer!? Quick, quick, get me a S'more set up! And it's really hard for people to take you seriously when you have marshmallow goo all over your face and don't know it. 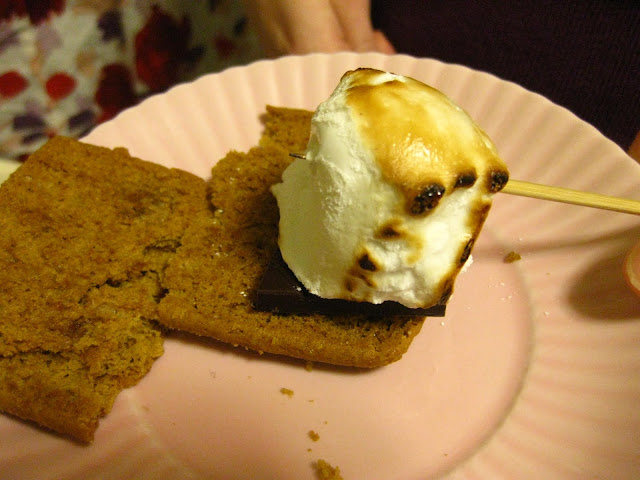