Alright, finally a Daring Bakers Challenge that was a real challenge! This month we made tiramisu and made everything from scratch. About the only thing I didn't do was milk the cows for the cream. 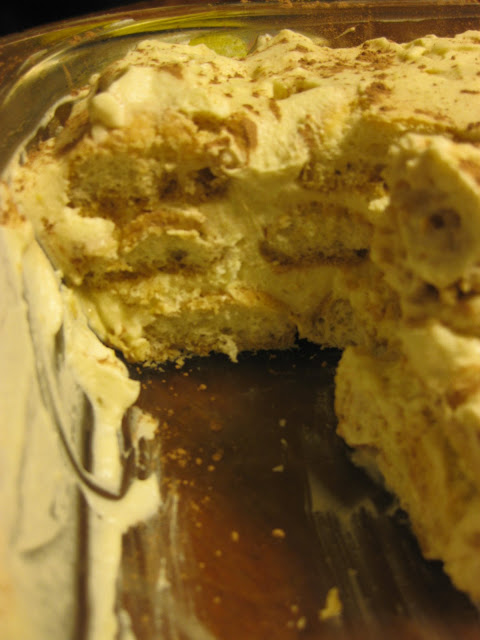 My favorite part was making the ladyfingers. As usual, roomie A. and I were so impressed when the final product turned out exactly as we expected it to and hoped it would. 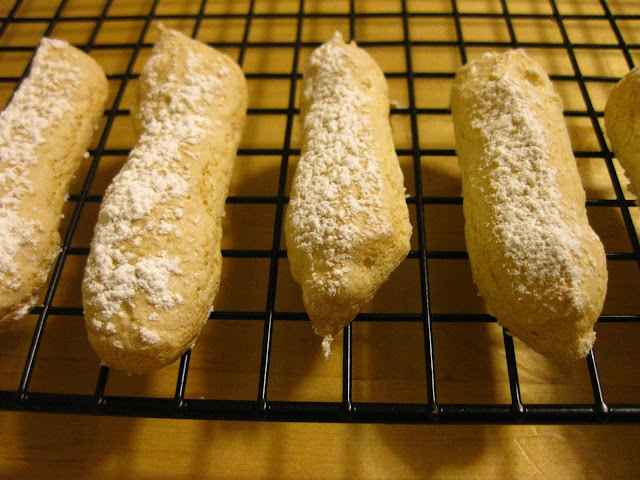 To make ladyfingers, you just make a simple dough out of whipped egg whites, sugar, egg yolks, vanilla and a small amount of flour. Then you pipe them onto oiled parchment paper, sprinkle them with powdered sugar and bake 15 minutes. As long as you are gentle while folding the dough, they will puff up and be light and airy. 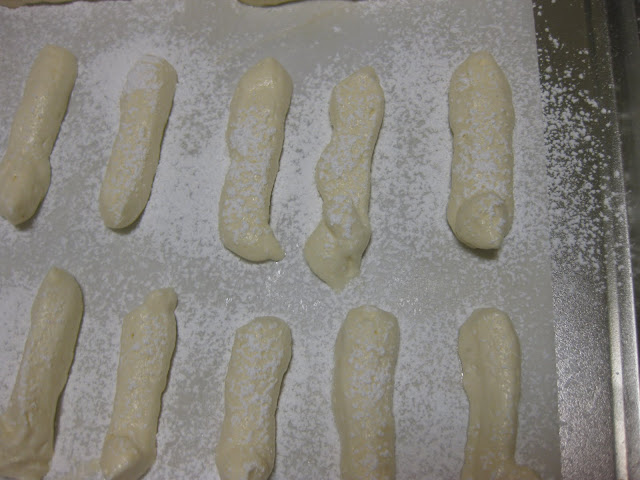 We even had to make the mascarpone cheese. My cheese connoisseur friend informed "That is not mascarpone, that is creme fraiche!" in her snootiest cheese voice, but hey, I just do what the Daring Kitchen tells me to do. 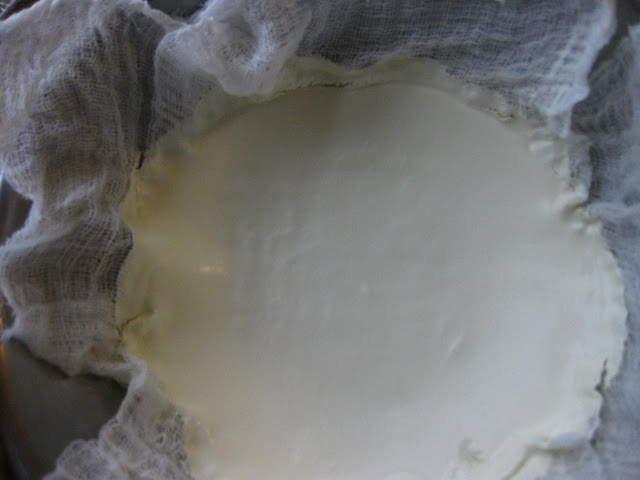 To make mascarpone, I heated heavy cream over a double boiler for 15 minutes, until it reached 290 degrees F. Then I stirred in 1 tablespoon of lemon juice and stirred for a few more minutes. Nothing really happened, but my recipes said that it would firm up after 24 hours in cheesecloth. Sure enough, the next morning, my cheese had taken on the consistency of cream cheese. 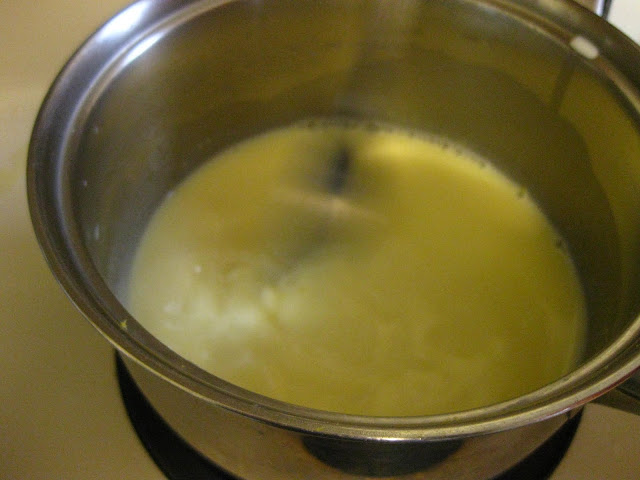 Roomie C. made the pastry cream, by heating milk, vanilla, sugar, a wee bit of flour, and an egg yolk over low heat. After figuring out that you have to have the right burner on to heat stuff (ha!), eventually the pastry cream thickened and went into the fridge to cool.

I made zabaligone, a thickened custard, out of egg yolks, coffee, sugar, and lemon zest. As I started to heat it and the smells came together, I said, "It smells like tiramisu!" 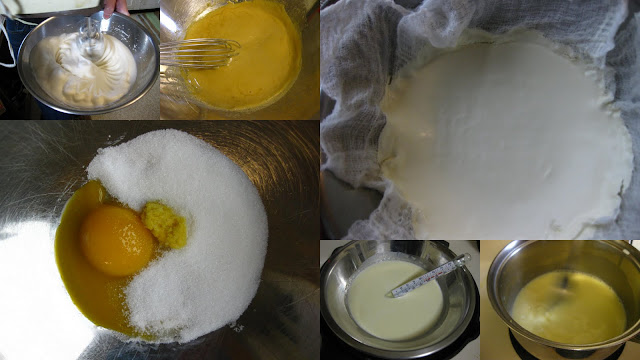 After all our different creams, cheeses, and custards were chilled in the fridge, we folded them all together and were ready to assemble the tiramisu. 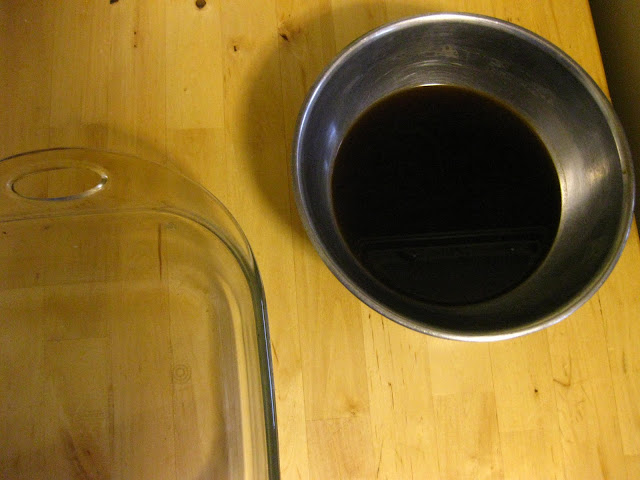 The ladyfingers are dipped in a coffee sugar mixture and then layered with the cream- like a big Italian dessert lasagna! 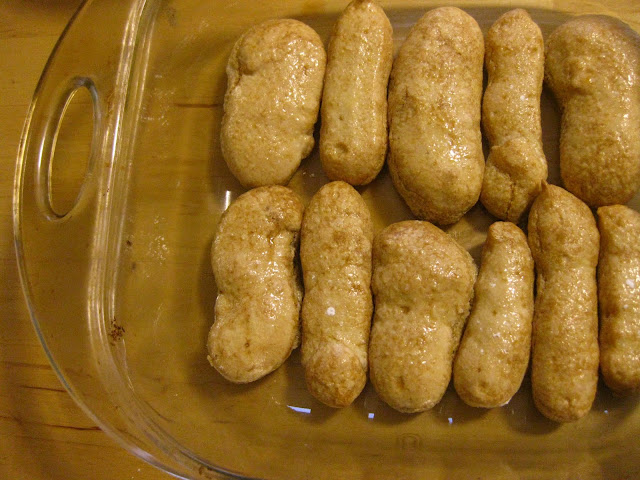 The end result was awesome! It wasn't very coffee-y but really lemony! Maybe I should have used espresso instead of coffee (even though I made it double strength coffee). But the ladyfingers didn't get too soggy and of course, the cream is soooooo good. Beware the delicious Italian dessert, you might eat the whole pan in one sitting! 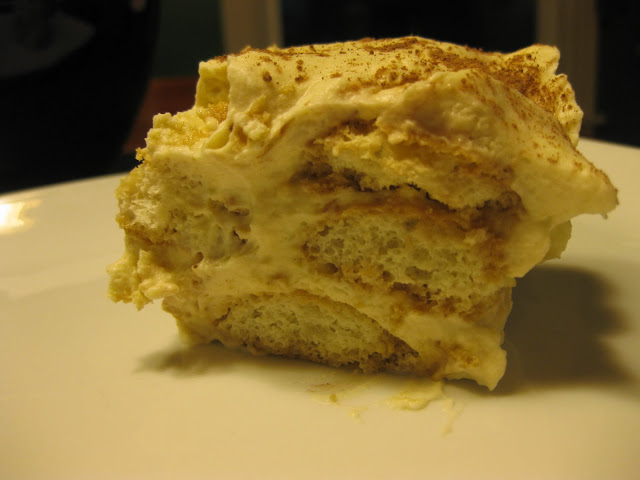 The February 2010 Daring Bakers’ challenge was hosted by Aparna of My Diverse Kitchen and Deeba of Passionate About Baking. They chose Tiramisu as the challenge for the month. Their challenge recipe is based on recipes from The Washington Post, Cordon Bleu at Home and Baking Obsession.