"Over the Top" Cannelloni

Dinner in on Saturday night was supposed to be a cooking challenge of sorts - M. wanted something "over the top." Turns out he had, like, French rack of lamb in mind, but I convinced him to break out the *new* pasta maker (thanks, Dad!). The idea evolved from there. Something stuffed... with peas and proscuitto... in alfredo sauce! 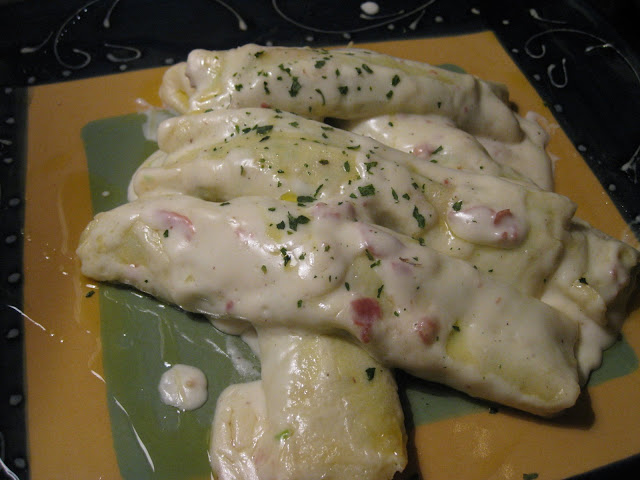 Thanks to M. for the brilliant plating, although it doesn't quite come through in this photograph. 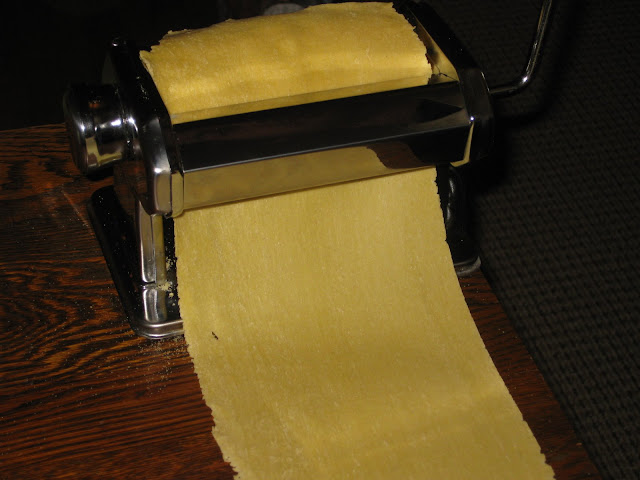 So now I understand why everyone raves about fresh pasta! Before I wasn't subject to the full glory, because I always had to roll it out by hand. So it was always thick and, well, uninspiring. I was like, ok, I'm obviously missing something here. But this thin, machine-rolled pasta was so light and delicious and not chewy at all. 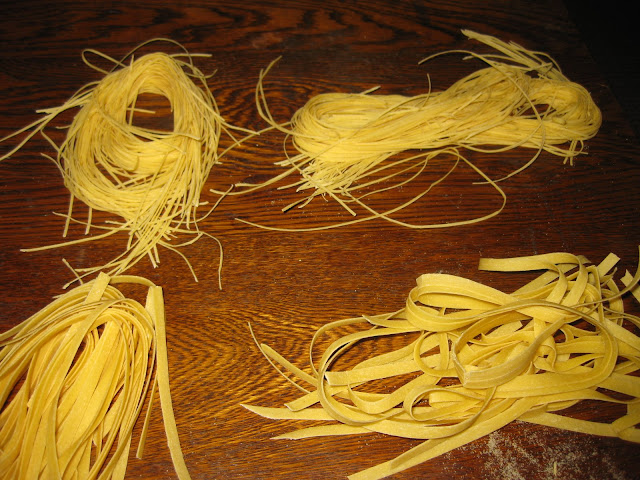 I also was excited to try the fettucini and spaghetti cutter, as you can see, we ended up with a lot of fresh pasta. All that (and more) from 2 cups of semolina flour and 3 eggs.

This cannelloni dish was so decadent, and it comes highly recommended. I boiled the pasta first (for like 45 seconds) and then shocked it in an ice bath. M and I then carefully stuffed the pasta sheets with about 3 T. of the filling. We placed seam side down in a Pyrex dish, covered it with sauce, and baked for about 25 mins. at 350*F.

We didn't use a recipe, so everything we made, we just tinkered with until it was yummy. M. found out (the hard way) that if you use a salty cheese in the white sauce, with the salty prosciutto, you might end up with an unbearably salty sauce (yar). But we rescued it by diluting it with half-and-half and then thickening it with a cornstarch and water slurry. 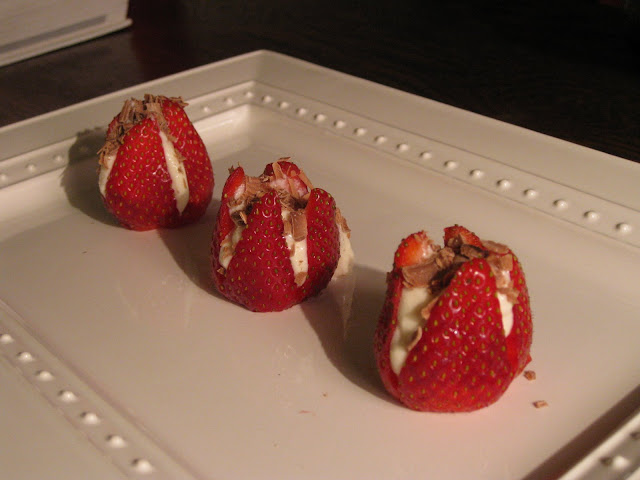 And for dessert, stuffed strawberries! M was watching Paula Deen (at the gym- isn't that kinda masochistic?), and he watched her and her son stuff strawberries. So he added his own flair and some grated Icelandic milk chocolate, courtesy of Whole Foods.