After attending the ice bar event at Portland Harbor Hotel last night, I decided I needed a night in- dinner and a movie sounded good! M. got *another* Jamie Oliver cookbook from the library, and so I decided to make his peach pork tenderloin. I bought the pork at Whole Foods using the remainder of my gift card from Christmas (thanks Dad!), as well as the out-of-season peaches. I figured they'd sweeten up after some time in the oven.

My sous chef M. expertly butterflied the 2 lb. tenderloin, and we marinated it for several hours in thyme, s&p, olive oil, and garlic. 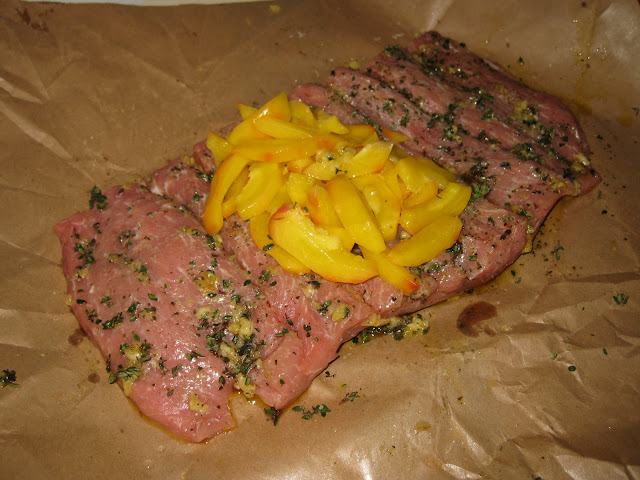 We set the timer for 45 minutes and went off to the grocery store to rent a movie and buy a meat thermometer... because to avoid cooking the crapola out of pork, you really just need a thermometer. All my cookbooks offered no helpful 'x number of minutes per pound' formula, like I'm used to with chicken. So we caved, and just bought a thermometer. When we got back, we had a minute left on the timer, and it was perfectly done! 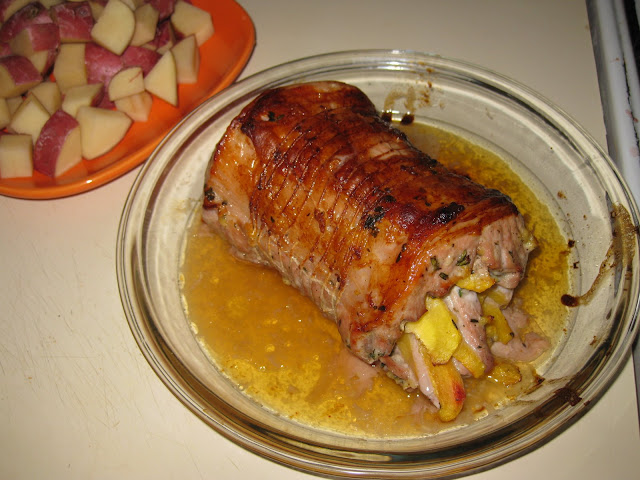 The pork rested on the counter while I made a gravy using the pan drippings, mashed some red skin-on potatoes (with boiled, whole garlic cloves) and M. sauteed mushrooms he'd marinated in spices, butter, and oil and some spinach too. Whew! It turned into a big meal, but we just had so many ingredients in the fridge that I couldn't resist using. 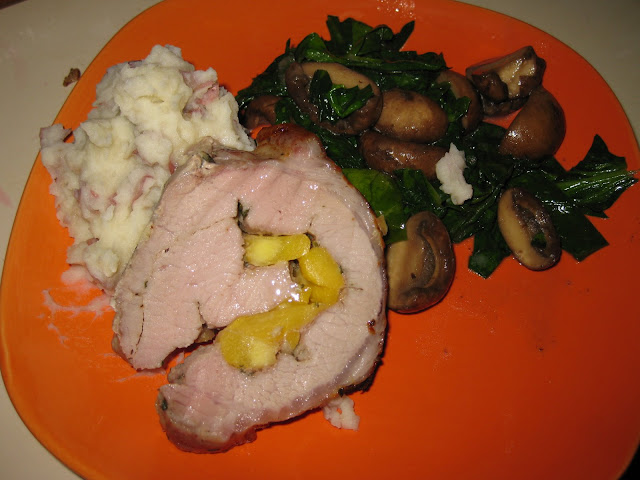 And it all came together beautifully, although those peaches didn't give up the sweetness I wanted- that's what I get for getting lured in by out-of-season fruit. While the pork was supposed to be the show stopper, the veggies were my favorite!