Ed. note: Flood's has closed.
Flood's opened last weekend on Congress Street in Portland's West End, filling the space of Bolster, Snow & Co. in The Francis hotel. The new restaurant is the latest project from Palace Diner co-owner Greg Mitchell and has a sort of simple, Old World-meets-New York charm. 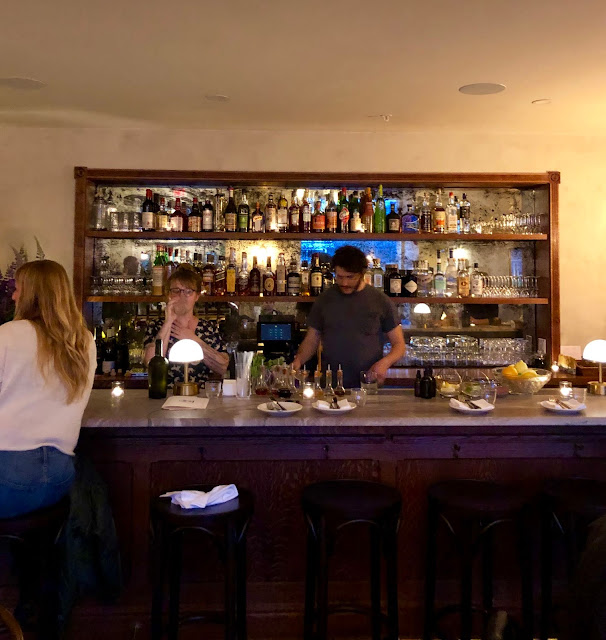 If you made it into Bolster in the short time it was open, you'll notice some changes to the interior. The restaurant is no longer associated with the hotel, so there's a new entrance, a bar where the open kitchen was, and a dedicated bathroom (previously was shared with the hotel). Flood's is decorated simply, with dark wood, maroon booths, brass lamps, and frosted glass. 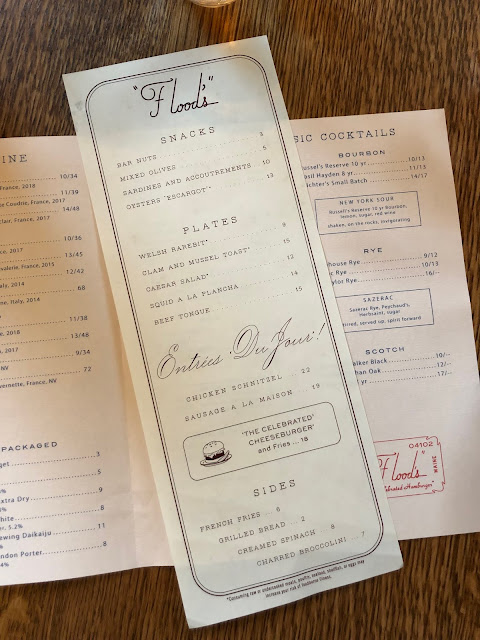 The drink list is extensive, with several specialty cocktails, wines, draft and canned beers, and a wide selection of spirits. I ordered the New York Sour ($13), with bourbon, lemon, simple syrup, and a red wine float, while my friends had a diminutive martini ($10) served in the sweetest little Nick and Nora glass and a Paloma ($14).

The short menu contains 4 snacks, 5 small plates, 3 entrees, and 4 sides. We ordered half of them to share. 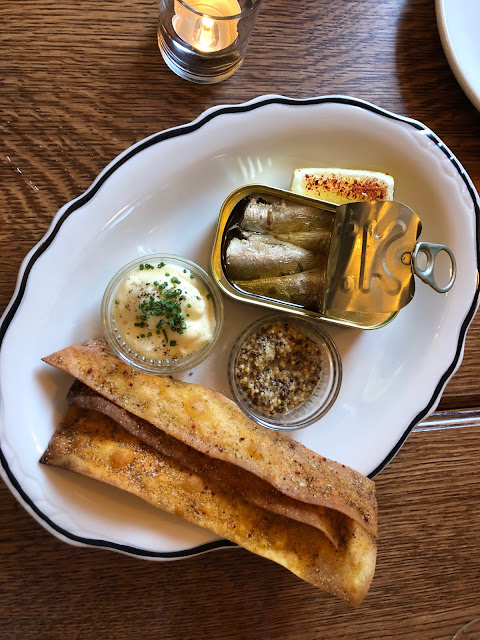 The first few dishes arrived in rapid-fire, the sardines ($10) served with mayonnaise, mustard, and seasoned thin crackers. I wish there'd been a little pickled red onion on the side to cut through the richness.

The Welsh rarebit (aka cheese toast, $9) came on a thick slab of dark, hearty bread, while the oysters "escargot" ($13) was pleasantly warmed with butter, garlic, and a jalapeno powder. 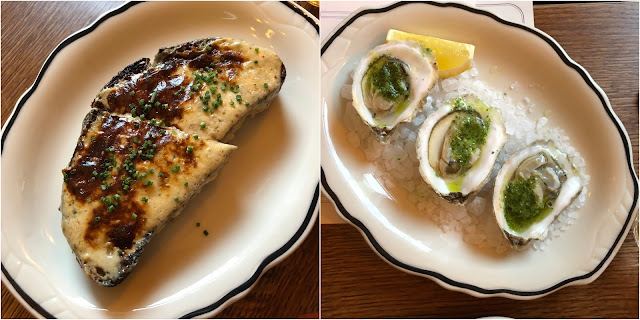 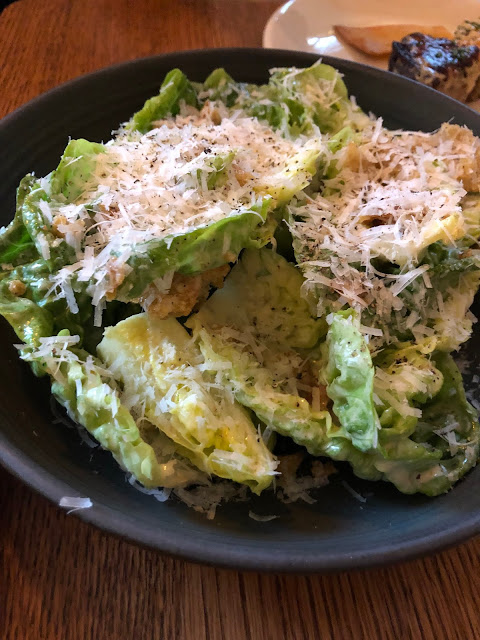 Our mains were the chicken schnitzel ($22) and the cheeseburger ($18), plus sides of creamed spinach ($8) and charred broccolini ($7). The schnitzel was crispy and moist inside, livened up with some hot sauce, salt, and lemon. The creamed spinach was my personal favorite, as it has been since childhood. 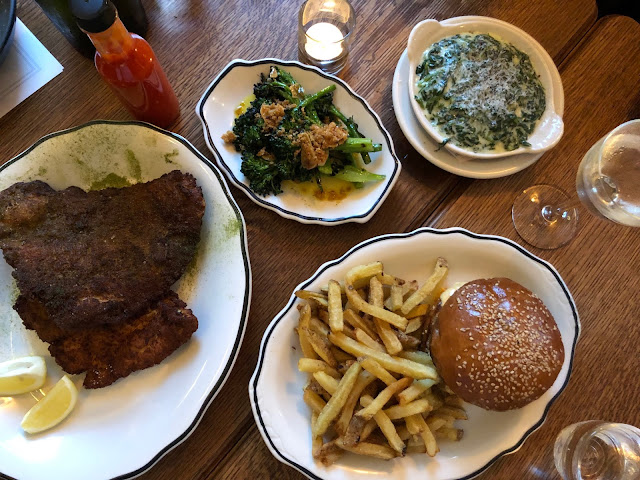 And the burger was amazing. Palace Diner makes one of the best in the state, so my hopes were high. It was juicy, beefy, creamy with cheese, and on a light, bready dinner roll. So good. The fries could be crispier, a kink I'm sure the kitchen will work out in the coming days.

Very full by this point, we pressed on to try one of two desserts, chocolate pudding ($5), the other being a rhubarb ice cream. The pudding was amazing, classic, and slightly salty from the accompanying chocolate cookies. 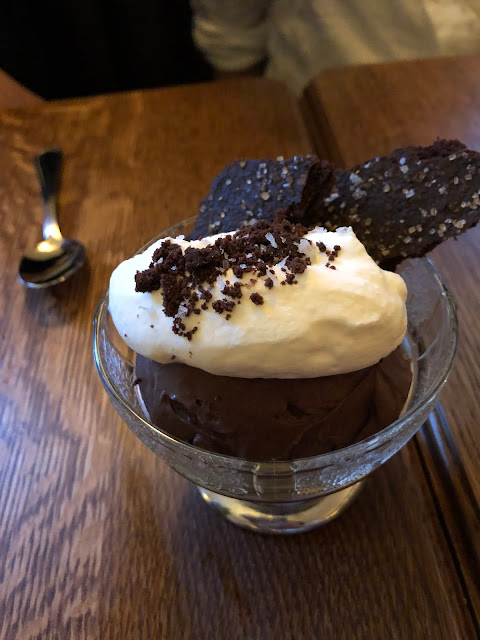 Dinner at Flood's was fun—the place didn't seem to take itself too seriously, but the food was simple and solid. The old and hipster alike will love Flood's.