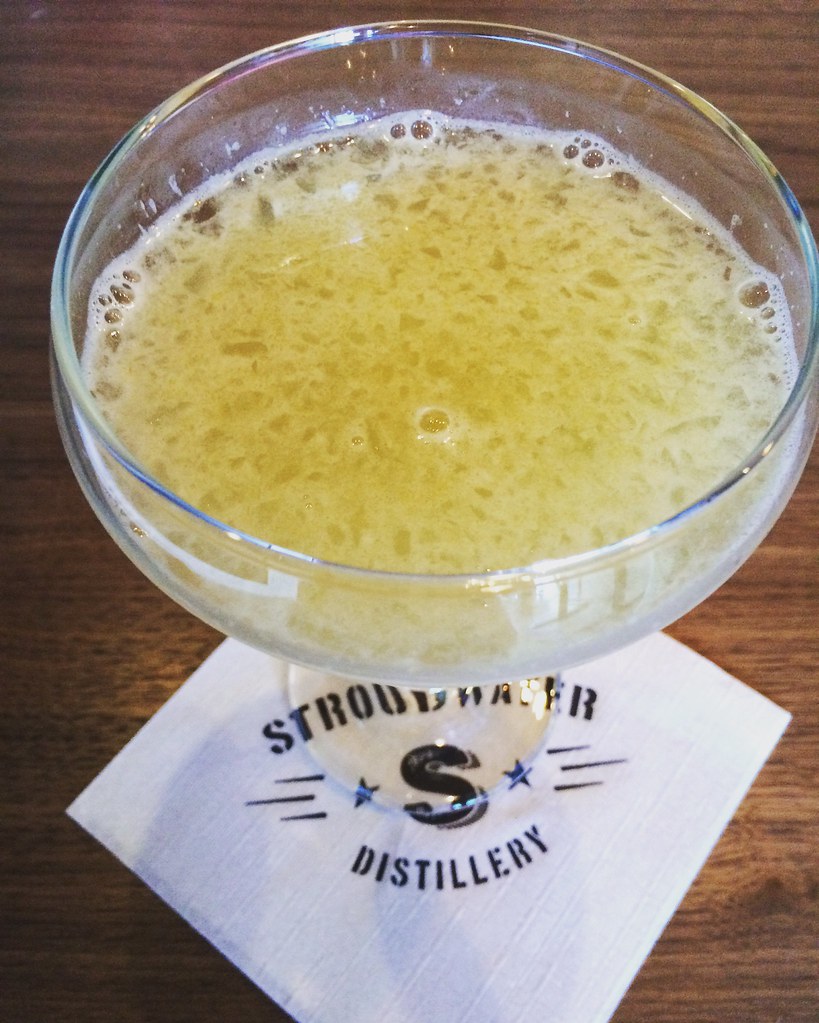 Stroudwater Distillery, the last beverage-related business to join booze row at Thompson's Point, is now open. As is seemingly the trend, the distillery's tasting room feels more like a bar, with multiple types of seating, two bars, and a full cocktail list.

Portland's newest distillery joins Cellardoor Winery and Bissell Brothers Brewing, creating a perfect pre-game setting for the point's summer concert series. Even if you have no plans to attend a show, the area makes for a nice afternoon spent soaking up the sunshine and entertaining out-of-town guests. 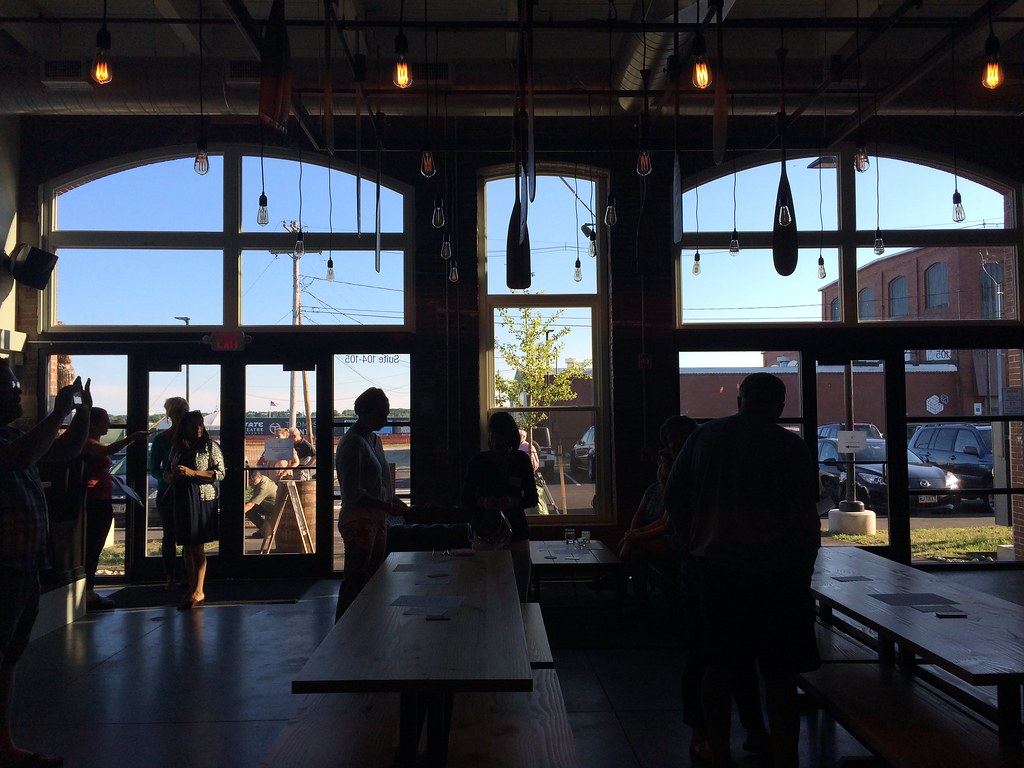 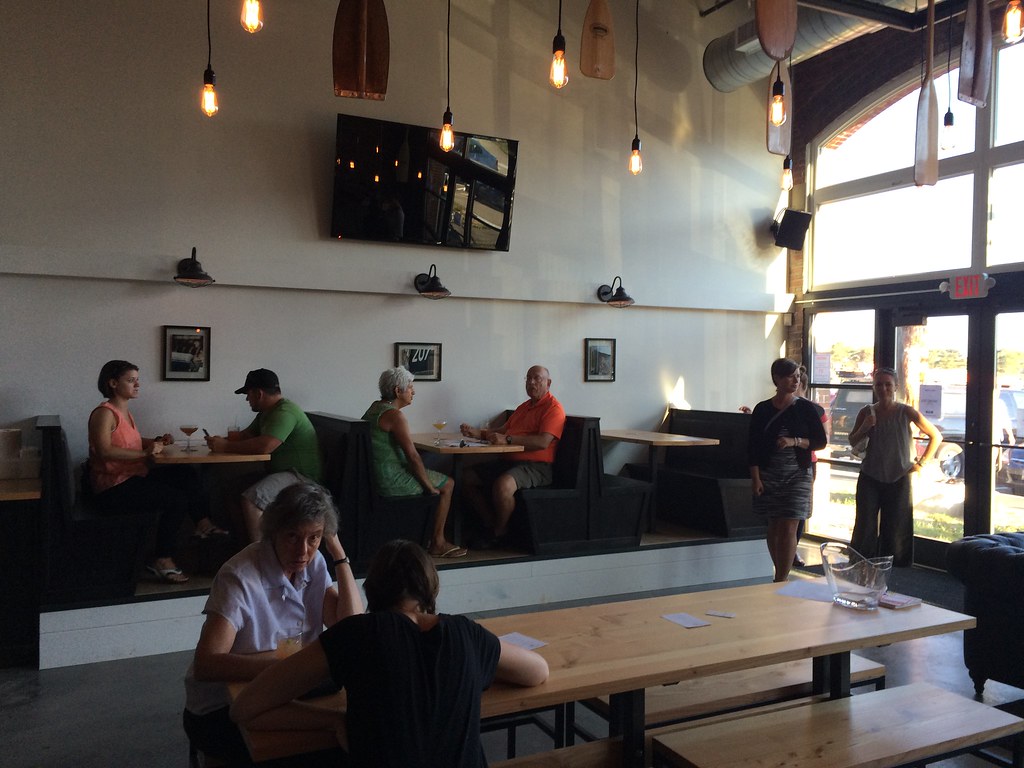 Stroudwater Distillery is comfortably appointed, with high top chairs around a bar, cushioned booth seating, picnic tables, and standing tables. John Myers oversees the bar program, and the menu reflects his considerable experience behind the bar. 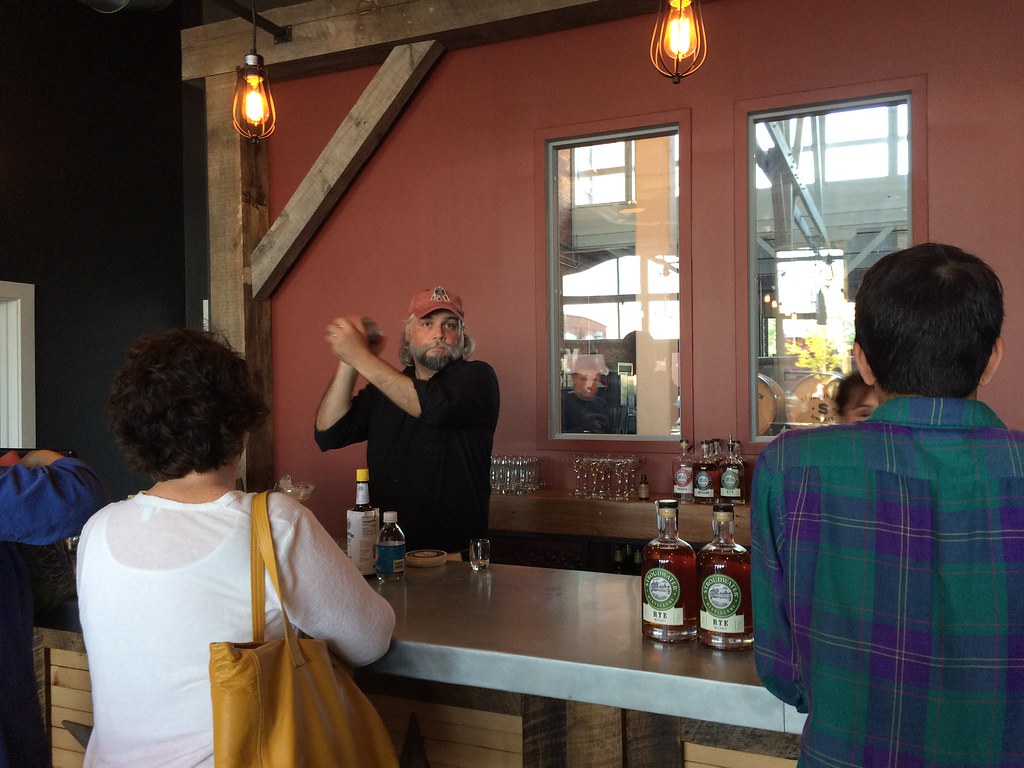 On my first visit, I had an Eastern Sour, made with Stroudwater's bourbon, orange juice, lime juice, orgeat, and sugar. It was sweet and spiced, but balanced by the tart juices. A. tried the Kentucky Buck, with bourbon, lemon, sugar, strawberry, ginger beer, and bitters. It was also sweet, but the ginger provided a nice kick to keep it interesting. 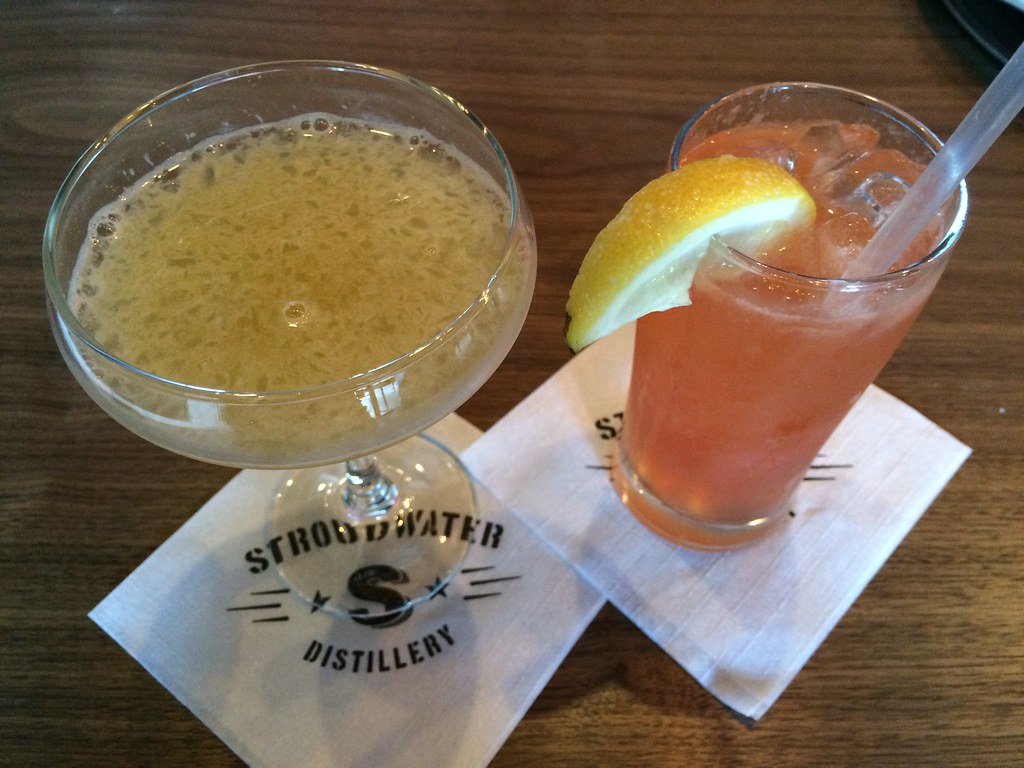 During our ladies' happy hour, I enjoyed a Blinker: rye, grapefruit, and raspberry syrup. The full menu of cocktails had over 20 made from bourbon, rye, vodka, and gin. The cocktails are unique, but approachable, and contain many housemade or local ingredients, like Royal Rose cocktail syrups and Owl and Whale syrups and shrubs.

But cocktails, of course, hide a lot of the spirit's flavor, so I had to try a sampler ($8, included a souvenir rocks glass) of the spirits. I tried the vodka, bourbon, and rye, but the gin is now available, so the sampler would come with all four. The vodka, a corn-based spirit, retains a lot of character, and we thought we could detect the chocolate and toffee notes at the finish that the tasting notes describe (or perhaps just the power of suggestion).

The bourbon, a blend of 2-year old bourbons (I assume purchased from other distilleries, a common practice in new distilleries), was sweet, as you'd expect, with plenty of heat. The owner said, this is the worst whiskey we'll make, meaning the batches will only get better as they age. 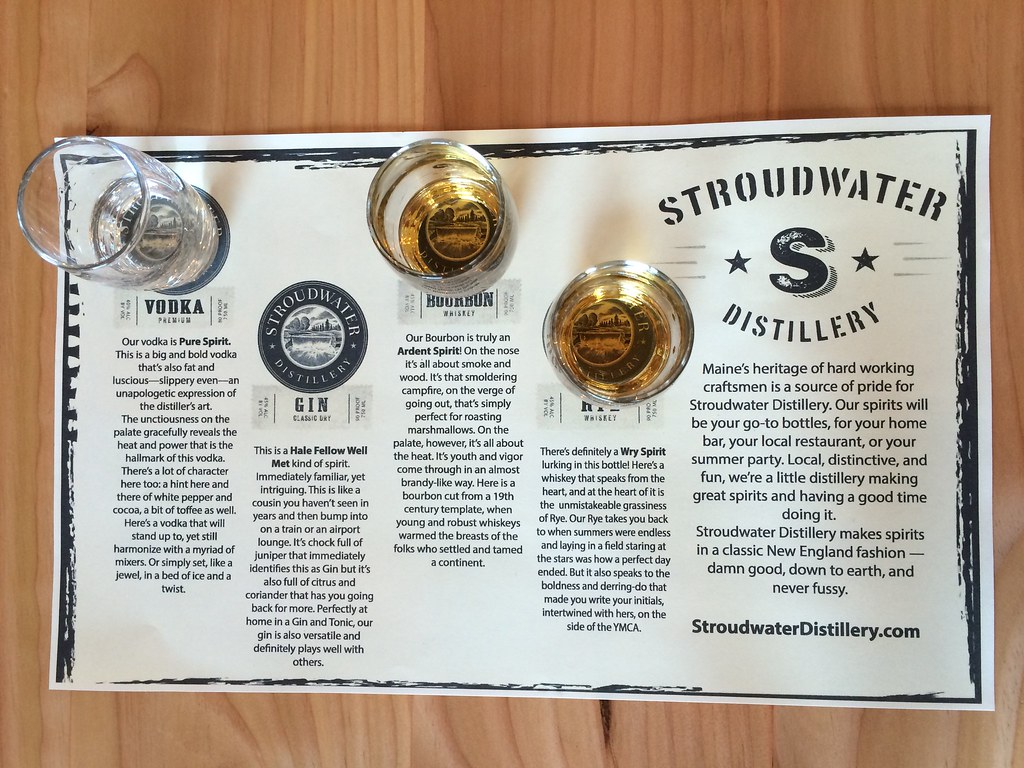 The rye had less pronounced sweetness than the bourbon, and I didn't detect much spiciness from the rye grains. I was annoyed (and this may seem petty, but it's indicative of a larger problematic attitude) to read the description of the spirit: "...it also speaks to the boldness and derring-do that made you write your initials, intertwined with hers on the side of the YMCA." I said, why is this written as if speaking to a man? (because it's safe to assume they're not talking to gay women). This assumption of male drinkers was off-putting. The work of the Portland Spirits Society continues!

Inadvertent sexism aside, there's something for everyone at Stroudwater Distillery, whether you prefer your brown liquors straight up or lighter spirits mixed into a fruity cocktail. The tasting room is open Monday through Thursday from 12 to 6PM, Friday from 12 to 8PM, Saturday 11AM to 8PM, and Sunday 11AM to 5PM.