Update: Lolita is now open 11AM-11PM, every day except Tuesday


When Bar Lola closed last November, but the owners, Guy and Stella Hernandez, said they were still committed to running a restaurant on Munjoy Hill, the rumors started flying. Eventually, it came out that the coffee shop a block away, that the Hernandez's also own, would move into the Bar Lola space, and they would open a new restaurant in the coffee shop's space. I was a little confused by the move, but now that I've had a sneak peek into Lolita, opening next week (tentatively Wednesday), I understand.

Lolita is Bar Lola-esque - it'd be silly to say it's completely different - but bears no resemblance to the former Hilltop Coffee. We were all amazed at the space's transformation; who knew it could look so spacious and modern in there?

I loved to sit at the bar at Bar Lola and have a drink and dessert. Lolita embraces that casual air and spreads it throughout the entire restaurant. Most of the space is bar seating, with banquettes and two-top tables along the wall. A low-slung table and bench create more casual seating in the front window.

The menu has a variety of snacky, small plates and a few entrees, plus of course, the $90 porterhouse for 3 that commenters flipped their shit over in the Bangor Daily News. On the night of the press preview, I sampled the burrata with lemon zest and aleppo oil, on wood-grilled sourdough bread. It was delicious (I mean, obviously). 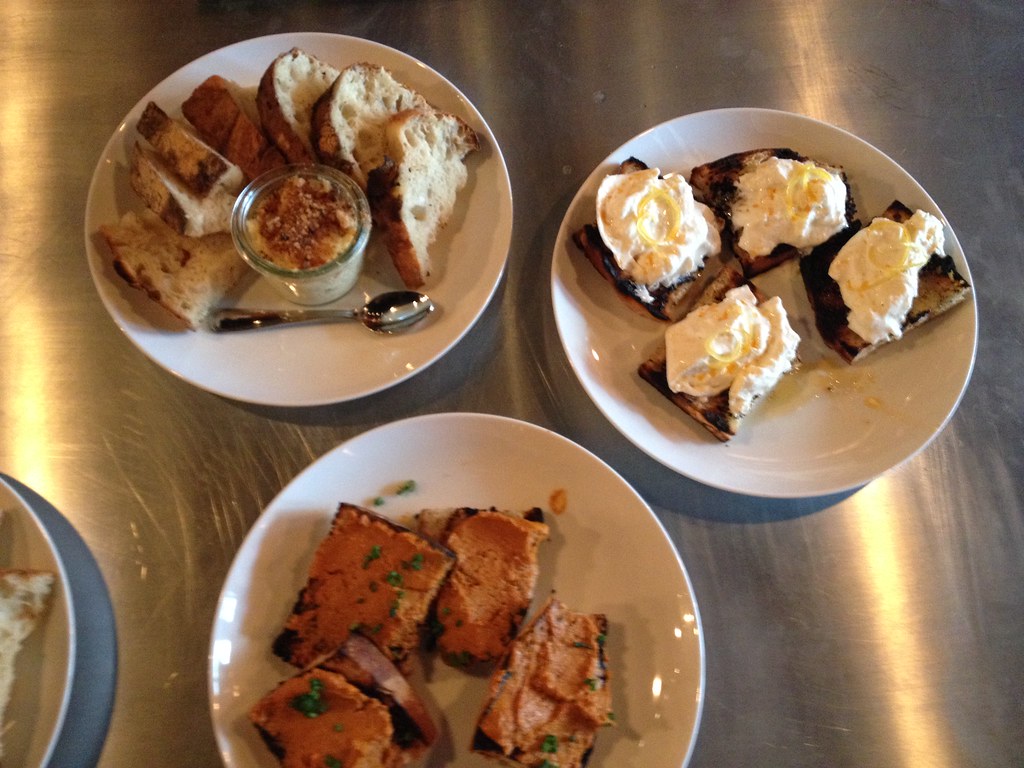 Other toasts ($4 each, or 3 for $10) include local mushrooms with thyme and garlic confit, and steak tartare with capers and shallots. Little glass pots of spreads include chicken liver mousse; salted cod and chorizo (pictured above, upper left); and whipped ricotta. 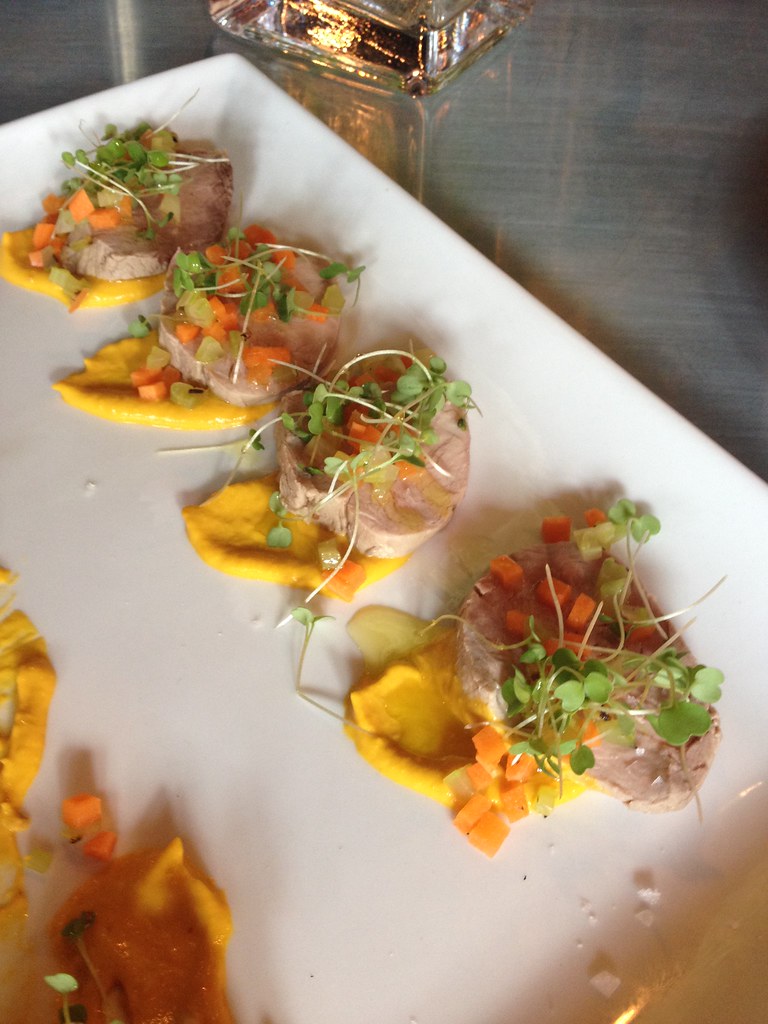 This pork tonnato ($14) seen above accompanies other medium plates such as bucatini with ramp pesto, squid ink spaghetti, and heirloom beans with pork belly and duck confit. As a twitter friend pointed out, the menu does not encompass too many strictly vegetarian options, but if you're a pescatarian you'll be alright. I assume the menu will change frequently. 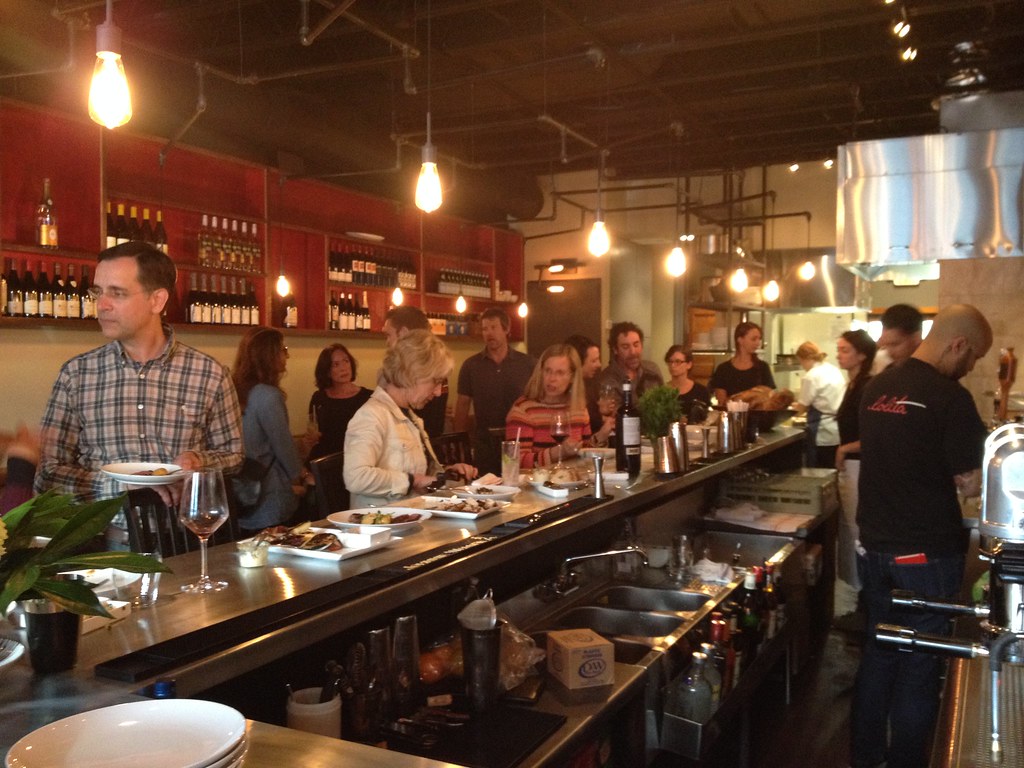 Below is the asado with fingerlings and salsa verde (a large plate, $24) with which any carnivore would be thrilled. The steaks are grilled on the asador, or a wood-fired grill, in the corner of the bar. It has a manual crank operation to raise and lower the grill grate. This mechanism is also echoed in the meat slicer that sits next to the asador - I watched Guy crank the slicer to shave off thin, salty pieces of jamon Serrano. 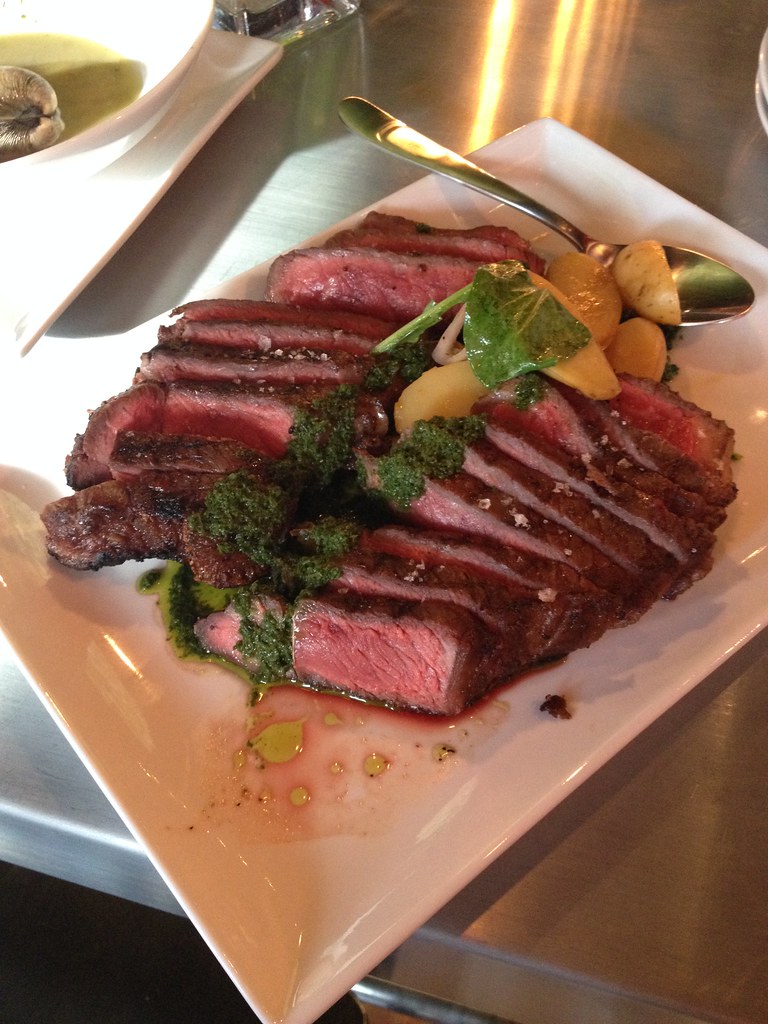 Lolita will be open from 11am to 11pm; hopefully they'll have happy hour specials, as their wine list is extensive (it's printed on a page as large as the menu you see below). Look for Lolita to open next week; they're aiming for Wednesday, but maybe before that a "walk by and maybe they'll be open" kind of way. 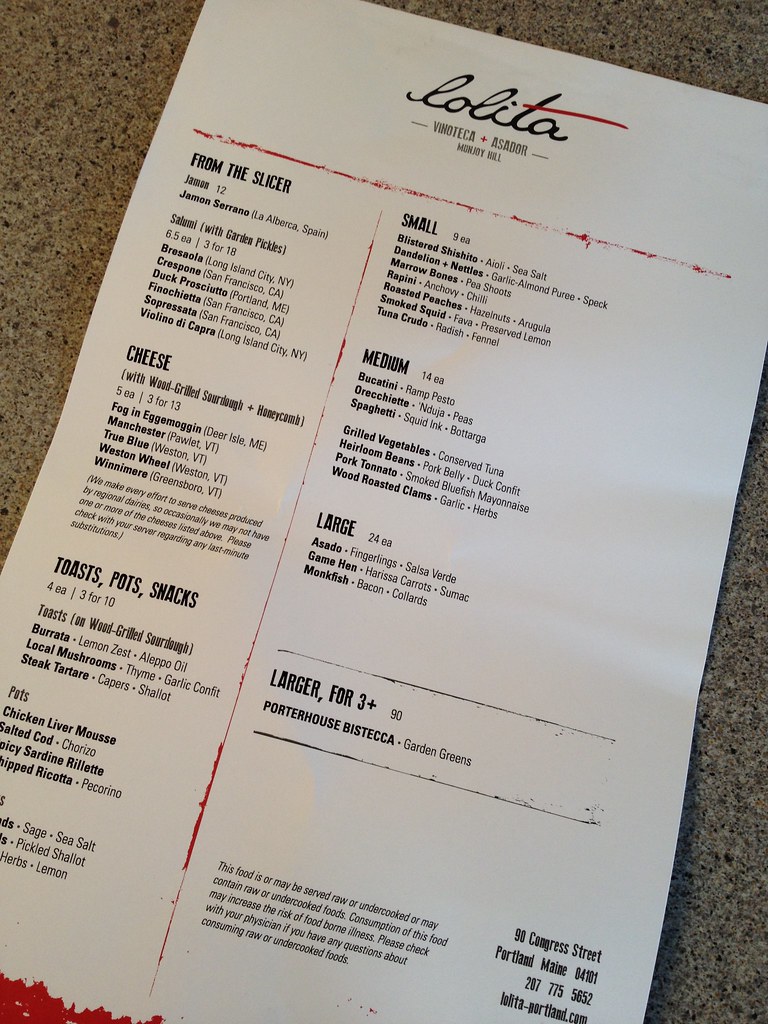