This burger-o-rama thing is making me pay way more attention to people's burger recommendations.  I almost accosted a friend-of-a-friend at the Snug when I overhead him say some new place had "the best burger in town." This from a self-proclaimed burger aficionado.

He was talking about the burger at District. And since that night, I've heard that superlative used many times to describe the bacon cheeseburger at the hot new place in town. 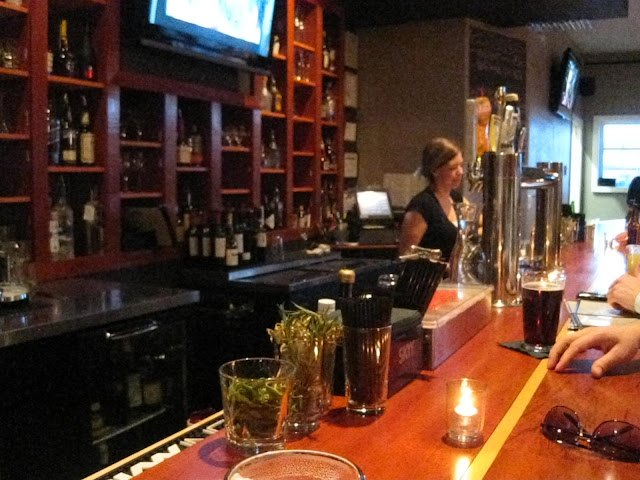 So M. and I trotted down to the bar at District for their burger. It's funny to go to a place just for one thing. Do you take a menu? Pretend to consider other items? Or cast aside all pretense and say, "we both want the burger." Yes. Decision. 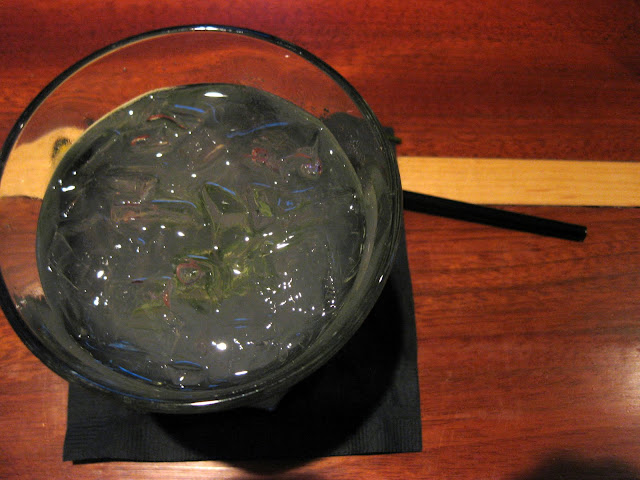 We started with drinks - I forget this one's creative name, but I tried the Stoli, lemon, ginger simple syrup, rosemary cocktail. It didn't taste like much. Maybe I'd had gum in the car on the ride over. It seemed silly to send it back - it had alcohol in it after all; but it was so neutral it might as well have been Stoli and soda. 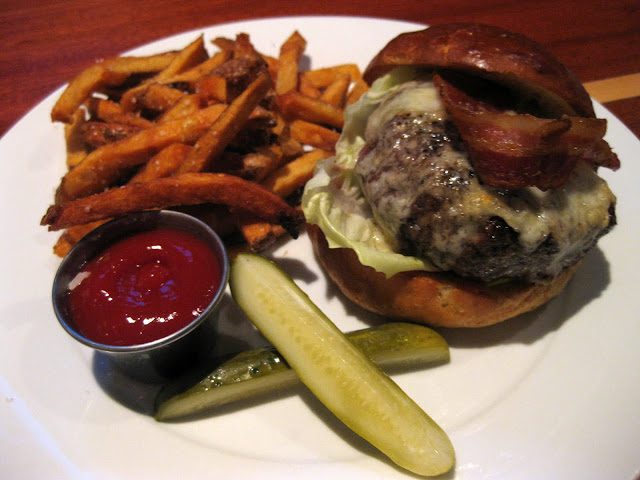 But burgers! Yes, beautiful burgers. This burger had the ultimate bun (buttered, toasted Brioche), tender beef (with three colors as a good medium rare should be), soft butter lettuce, and salty cheese and bacon.

And that was the hang-up: too much salt. M. and I stopped eating after a few bites in to talk about how salty everything was. We counted salty cheese, bacon, butter, meat crust, and mayonnaise.

Salt overload. That drink that tasted like water came in handy.

We told the bar back - I really hope he told the kitchen. And that everyone who agrees with me does too. Because this burger could be the best, if the kitchen put. down. the salt shaker.

I have not crossed the District burger off the list, and will try again soon. Hopefully it's evolving. Their brunch certainly indicates that they will perfect this burger.