Maybe you'll be excited to know that this is the final installation of Thai-o-rama! After eight months of dining, ten bloggers have participated in this elaborate undertaking of reviewing all twelve Thai restaurants in Portland. Here's the review of the final restaurant, Seng Chai Thai, and next Tuesday, expect a 'best of' Thai-o-rama post. 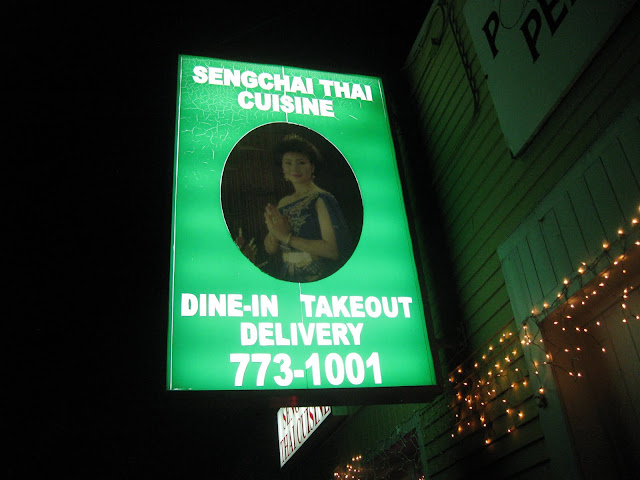 Seng Chai Thai is located on outer Forest Ave., oddly enough, right next to another Thai restaurant, Mekhong Thai. The decor is standard Thai-restaurant, and it was super quiet in there on a Sunday night. Our waitress was very personable, and after taking our drink orders (Thai iced tea and Singhas all around), she brought us complimentary curry puffs and served them to us by skewering them with our fork. I was charmed. 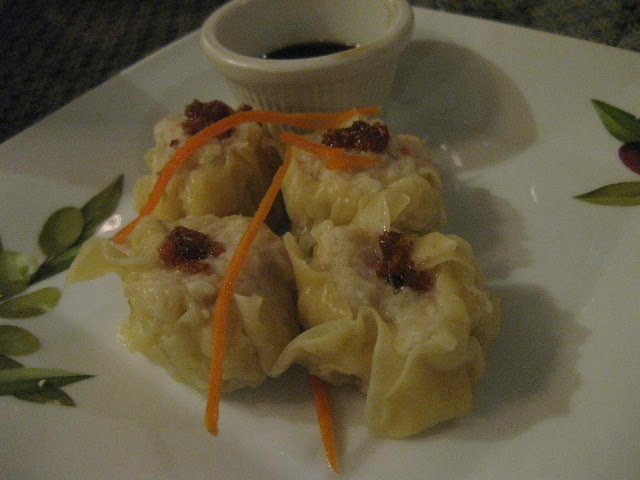 I ordered the steamed Thai dumplings, stuffed with crabmeat, shrimp, pork, and vegetables (really, just savory mush) for $5. I wasn't too impressed with them, but others reported being happy with their Tom Kha Gai soups, and a slurp of Uke's confirmed that the light, spicy broth was thin, but packed with flavor.

A little reflection on all of the Thai restaurants I've eaten at, leads me to believe that the common denominator is good, fresh salads. From Pom's Yum Nuer to Chiang Mai Two's. So I decided to test my theory on the last night and order what I hoped would be a safe bet: Larb Gai. 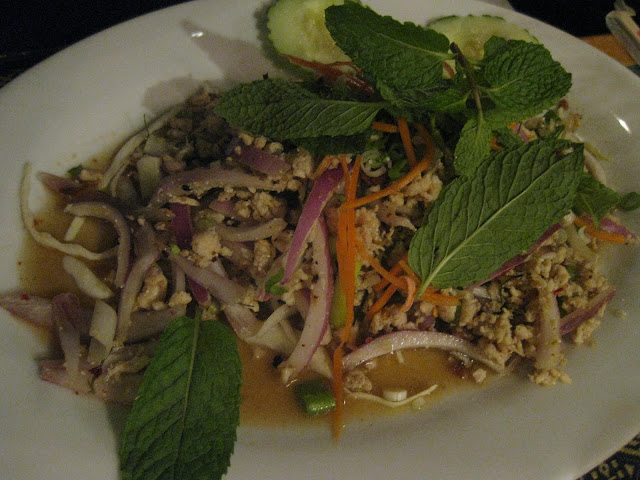 Larb Gai is described as 'ground chicken tossed with lemon grass, kaffir lime leaves, fresh lime juice, red onions, mint and Thai spices and sauce.' And it was delicious. I ordered two stars, which was just the right amount of spice. There was crunchy toasted rice, great lemongrass flavor, and lots of fresh mint. The flavors melded together so nicely, and it was saucy, not dry. And while the menu said it would come on a bed of lettuce, my dish instead came with a side of rice, allowing me to capture more of that delicious sauce.

I'll think about it more before my wrap-up post, but while the food here was very good, I don't see myself frequenting the place, since something has to be really special to me to warrant travelling out Forest Ave. But we had a great time, great service, and some pretty good food. A nice note to end on!