I finally made it to Evangeline! M took me out for dinner at our local fancy French restaurant to celebrate my birthday. 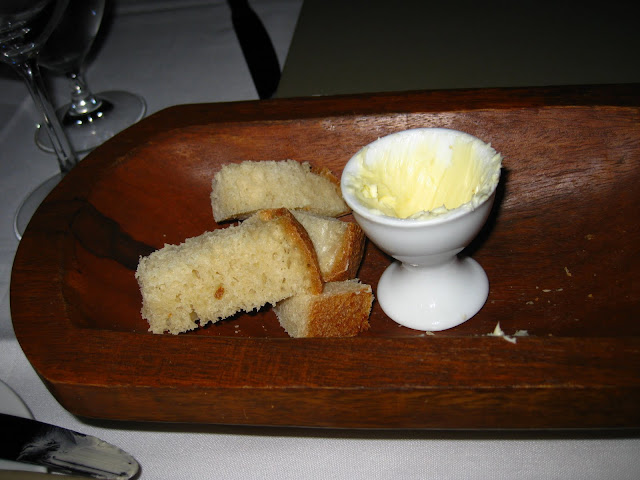 We have been eyeing up this restaurant since we moved to Portland a year ago. M especially, since he read the menu and saw that they serve sweet breads and pressed duck. He was eager to try both, so when he suggested Evangeline for my birthday dinner, I wasn't too surprised by the choice!

To start, we ordered a bottle of Cotes du Rhone and chowed down on their delicious bread and butter (served in a soft-boiled egg cup, cute). M and I developed a plan of attack for the meal and decided to share an hors d'oeuvres and then each order 'firsts' and entrees. Got that?

Our starter was these tender turnips covered in Mornay sauce, which I've gathered is bechamel with cheese. Yes, please. 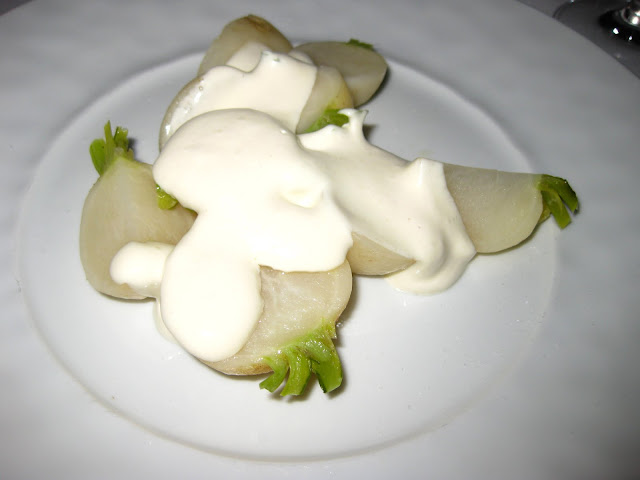 It's hard not to lick the plate when you're pretending to be an adult. But we managed, and soon after we were left looking wistfully at our empty plate, the second course arrived. 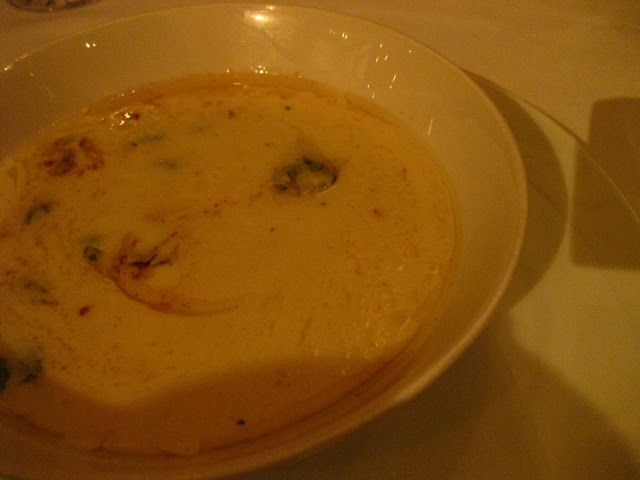 If you think this picture is terrible, you should have seen it with a flash.

I ordered chou-fleur, a cauliflower soup with browned butter. The goodies came in the bottom of the bowl and then a server drizzled the soup over them and filled the bowl. This soup was so decadent and rich, and I was glad it was a small serving (even though I definitely could have eaten more). M got his ris du veau or veal sweetbreads, and we marveled at how they really tasted like bread. 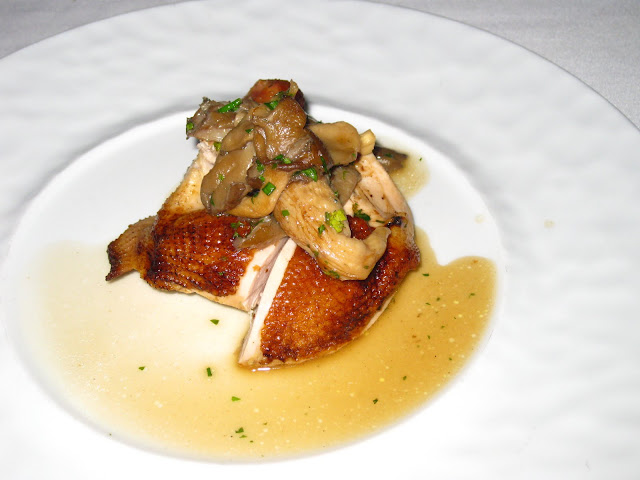 For our entree, M and I split the pheasant. It was first presented whole to us (by yet another staff member) and then whisked back to the kitchen to be plated. First we had it with a mushroom ragout. I thought my bird was a little dry (gasp!). But you know, great flavor and all that. 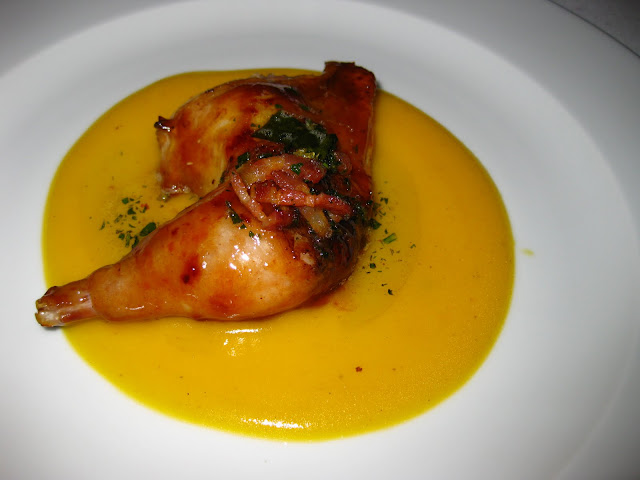 But the second serving of our pheasant was awesome. The meat was perfectly cooked, and the sweet squash and bacon puree was so. effing. good. Really. Afterwards, we reminisced about the puree. Best part of the meal, hands down! 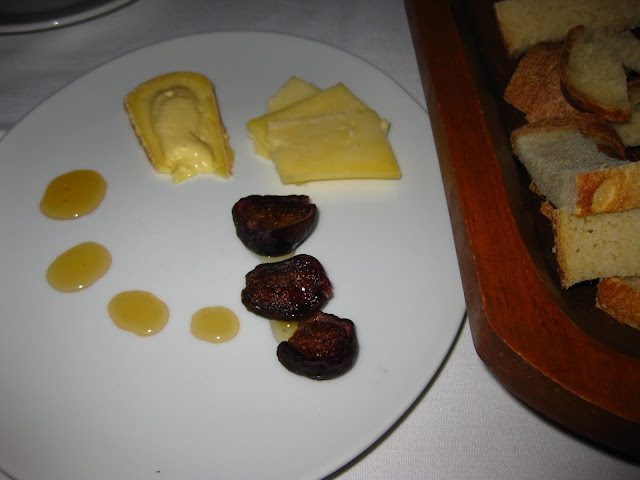 And to close our epic meal, we ordered two cheeses. I realize in retrospect that ordering a cheese course as your dessert when you're celebrating your birthday is kinda lame. But that's how it happened! And anyway, M. made me a Guinness chocolate cake that I'd like to tell you about sometime.

The cheeses were... a hard cheese and a soft cheese (??). The second one was described by our server as 'barnyard-y,' and we definitely agreed. He also brought us a big spoonful of pot de creme au chocolate. And while we were too full to order a full dessert, we appreciated this taste of such a rich dish.

I was happy to finally have dined at Evangeline, especially to celebrate my birthday with my honey. Thanks, M!