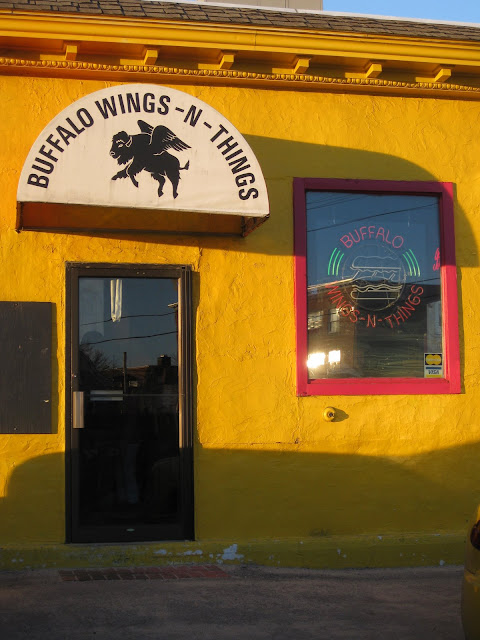 Buffalo Wings-N-Things on Cumberland Ave. in the East End of Portland is one of M.'s favorites from when he lived in Portland in a previous life. So when I suggested we order wings for dinner one night, his eyes lit up. Unfortunately, he was a little disappointed when he revisited his old fave. Seems like memory *didn't* serve him well... 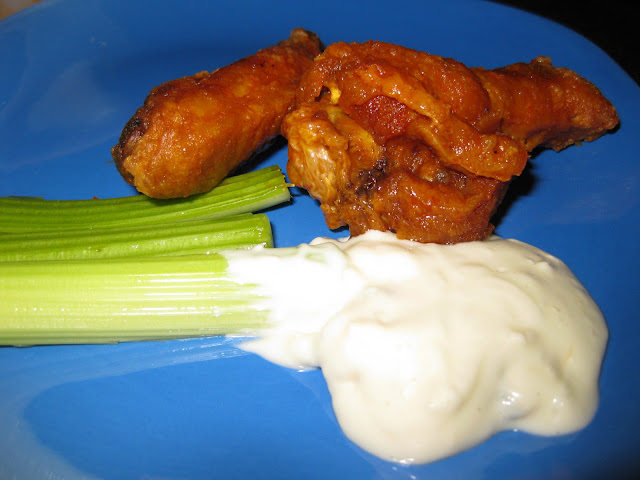 Our only gripe was that the wings were so expensive! We got an embarrassingly large number of wings (a double order plus another single for a total of 18 wings) and ended up paying $23. Eek! The menu (and the counter guy) said our wings would come with bleu cheese dressing, carrots, celery, and steak fries. But when we got home, we found that we had just the dressing, wings, and celery. Not a big deal if that's what you were expecting (not a big deal regardless, but I would have ordered some fries if I hadn't been told they were coming with my wings). 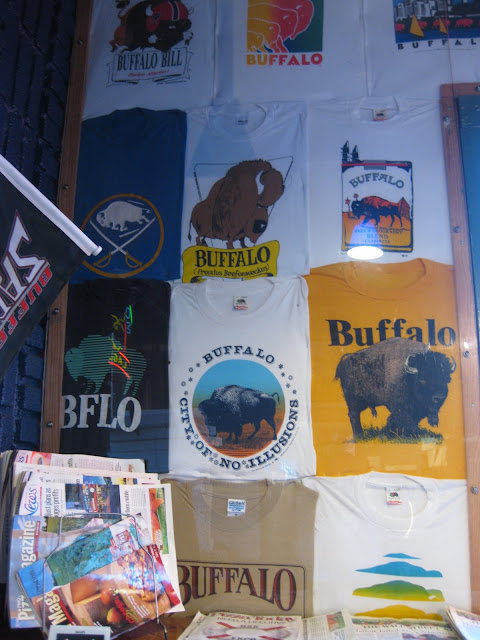 The decor inside is fun - M was a happy upstate New Yorker with all the Buffalo paraphernalia. You can eat in as well as take away, and the menu has several other items aside from wings (subs, pizzas, salads). And while the wings were good, we both agreed that they were a little too pricey to be a regular stop on our culinary tour of Portland.